From Peacekeeping to Peacebuilding and Stabilization 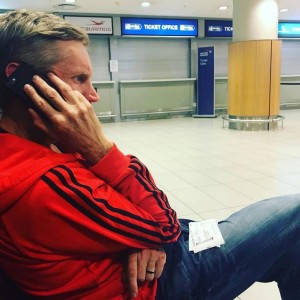 In the 21st century, the focus of international conflict management is increasingly shifting from peacekeeping, which was about maintaining the status quo, to peacebuilding and stabilization, which has to do with managing transitions. Many UN peace operations since 1989 have, in effect, been peacebuilding operations in that their focus was on supporting the implementation of comprehensive peace processes. These included classic peacebuilding tasks such as disarmament, demobilisation and reintegration (DDR), justice sector reform, organising elections, training and restructuring new police forces and facilitating the transition from interim to transitional, and eventually to democratically elected governments. Many other UN and AU operations were stabilization operations that were tasked to defend a government and its peoples against an insurgency, or were tasked to protect civilians and maintain stability, in the absence of a peace agreement.

The development from peacekeeping to peacebuilding and stabilization has emerged as new, mostly civilian, dimensions were added to traditional military peacekeeping mandates. These new dimensions were aimed at assisting the host country to sustain the momentum of the peace process by: supporting transitional arrangements; establishing new or reforming existing national institutions such as the defence force, police service, and the judiciary; assisting with the organising of elections; supporting constitution drafting processes; and facilitating restorative justice initiatives. In stabilization and protection of civilian missions, the use of force is always a last resort and in addition to using the military component to demonstrate presence and to serve as a deterrent, many stabilization and protection of civilians tasks are performed by the civilian and police functions of the mission. Protection officers assess risks and work with communities and authorities to take steps to mitigate against the identified risks. This can include actions such as changing behavior that expose civilians to risk or proactive negotiations to pre-empt inter-communal conflict. Stabilization tasks can include the work of Civil Affairs officer to restore or extend the presence of the state in areas that have been newly secured, or the work with communities and traditional leadership structures to put basic local governance mechanisms in place.

In order to ensure that all the different dimensions (political, security, development, human rights, etc.) of these peacebuilding and stabilization operations work together as one coherent mission, the need developed to establish dedicated mechanisms and modalities that would facilitate coordination and cooperation. Several specialised coordination functions developed over the years. Within the military component, the civil-military coordination branch was developed to act as the focal point for coordination between the military and the various civilian components, agencies and communities with which the military peacekeeping force has to interact within the peace operations context.

Complex Peace Operations and CIMIC
‘While I was serving with the NATO force in former Yugoslavia, I quickly came to the conclusion that commanders in complex peace operations absolutely require a dedicated CIMIC capability.’

Civil-military coordination in AU and UN context requires a different approach from the EU, NATO and USA approaches to CIMIC and CMO.

In AU and UN peace operations the military component is deployed as part of a multifunctional and integrated civilian-military-police peace operation under overall civilian direction. For them civil-military coordination reflects the multidimensional nature of the mission. In addition, the mission also cooperates with civilian agencies outside the mission.

NATO, EU and coalition-type operations, in contrast, are typically deployed as a military force, and for them civil-military cooperation means cooperating with civilian agencies that are not part of their operation.

The essential dialogue and interaction between civilian and military actors in humanitarian emergencies that is necessary to protect and promote humanitarian principles, avoid competition, minimise inconsistency, and when appropriate pursue common goals. Basic strategies range from coexistence to cooperation. Coordination is a shared responsibility facilitated by liaison and common training. (OCHA, 2003:5)

The UN guidelines for humanitarian-military coordination can be summarised in the following six operating principles for the use of military assets in humanitarian operations:3

In AU and UN peace operations civil-military coordination takes place between the military component, the police component and all the civilian components of the AU and UN mission, other members of the UN System and all the other international and local actors in the mission area.

UN Civil-Military Coordination is the system of interaction, involving exchange of information, negotiation, de-confliction, mutual support, and planning at all levels, between military elements and humanitarian organisations, development organisations and the local civilian population to achieve UN objectives. (UN, 2002:2)

Because of the different meanings associated with the different acronyms that already existed in the civil-military coordination field, and because DPKO did not want to add to the confusion of introducing yet another acronym, the DPKO policy has refrained from using an acronym for civil-military coordination. In practice, however, DPKO has been using the abbreviation ‘CIMIC’ in most of the missions it has established since 2000.

CIMIC as a Specialised Function

The primary mandate of the military component of an AU or UN peace operation will always remain ensuring a safe and secure environment. CIMIC is one of the secondary roles that are performed by a few specialists in support of the overall mandate. This is reflected in the human, financial and operational resources dedicated to the CIMIC function in comparison to that dedicated to the security function of the military component.

It is thus clear that CIMIC remains a highly specialised function that represent a very small percentage of the overall effort of the military component.

In all current AU and UN peace operations, the CIMIC function is undertaken by two different types of CIMIC Officers, namely staff officers and unit officers. In AU and UN missions the CIMIC branch consists of staff officers at the Force HQ and Sector HQ level. At unit level there are usually liaison officers of some kind, but these are not officially part of the ‘CIMIC branch’ in the mission. In practice, however, the Force HQ and Sector HQ CIMIC staff will work closely with the liaison officers at unit level, as that is where most of the CIMIC mission support and community support tasks are performed.

Force HQ: At Force Headquarters there will be a small CIMIC cell. The Force HQ CIMIC cell is usually either a sub-section of the operations branch or, in some cases, it may be a separate command function. The CIMIC HQ cell is usually organised around a CIMIC Chief at colonel or lieutenant colonel level, and a Deputy CIMIC Chief at lieutenant colonel or major level. The other CIMIC staff at Force HQ is usually either organised as liaison officers for the sectors as in UNMIL, or around thematic areas, e.g. those responsible for dealing with humanitarian agencies and those dealing with local authorities, as in AMIS. A CIMIC cell at Force HQ can range from three (AMIS and UNMIS) to seven (UNMIL) and will rarely be more than ten.

Sector HQ: At Sector Headquarters there is usually at least one CIMIC Officer at the rank of major or captain. In some missions there may be a team of two or more CIMIC Officers per sector organised around team sites or CIMIC houses (UNMEE). The CIMIC sector officer serves as the link between the units and the HQ, maintains sector level CIMIC information and serves as a coordination point between the military component and civilian partners at sector level.

Unit level: Most units, which are typically infantry or mechanised infantry battalions but which can also be specialised units such as engineering battalions, transport units, medical hospitals and air wings, do not deploy into a peace operation with a pre-identified CIMIC Officer. Soon after deployment, however, they realise the need to have some kind of liaison officer who can serve as a focal point for contact with civilian partners. We will refer to this person as a unit-level CIMIC Officer for the purposes of this online course.

This online course is specifically aimed at informing and preparing the CIMIC staff officers that will be employed within these three levels (HQ, sector and unit level).

Liaison and information management lies at the core of co-ordination and refers to a wide range of activities involving the exchange and management of information. Depending on where one finds oneself on the coexistence-cooperation spectrum, these activities can include, for example, joint assessments, joint planning, and attending or hosting coordination meetings. Liaison and information management takes place at all levels, that is, Force HQ, Sector HQ and at unit level.

Mission support refers to those actions a military component undertakes in support of a civilian partner, for instance, providing transport, providing specialised equipment or expertise, or providing a security escort for a humanitarian convoy.

Community support refers to those actions military units undertake to support local communities and to build confidence in the peace process. Such actions can include rehabilitating infrastructure such as roads and bridges, supporting social services such as schools and clinics, and supporting national reconciliation and nation-building initiatives, such as national and cultural celebrations and sports initiatives.

Module Content
Quiz Lesson 1: From Peacekeeping to Peacebuilding and Stabilization
TRANSLATE THIS PAGE