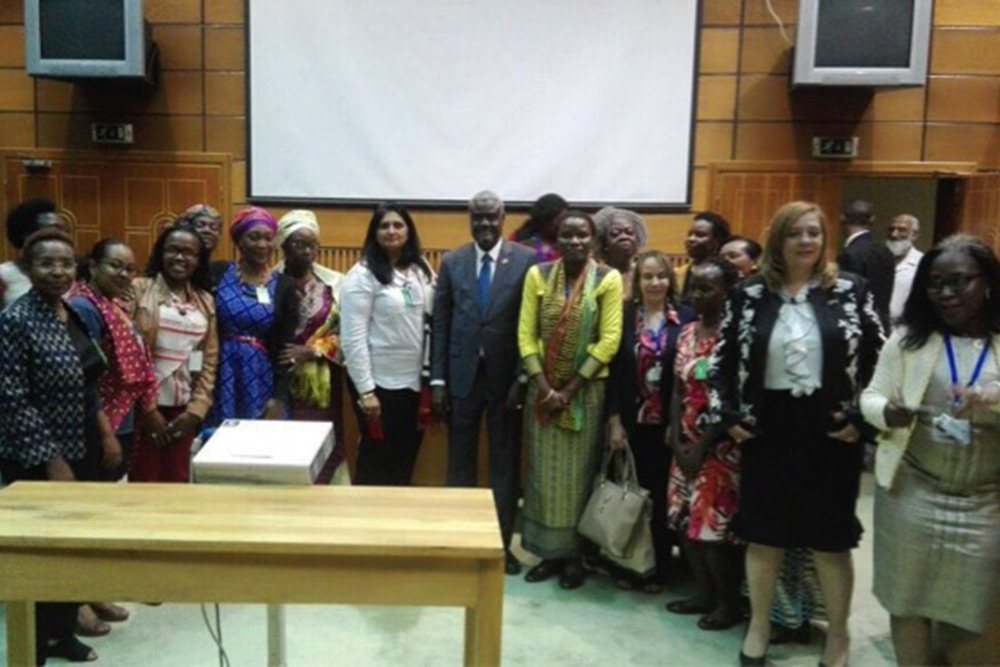 ACCORD participates in workshop on sustainable approaches to supporting and monitoring women’s participation in political processes in Africa.

This year, ACCORD was invited to participate in four events on the margins of the 29th African Union (AU) Heads of State Summit in Addis Ababa, Ethiopia, all with a focus on issues of Gender Equality and Women’s Empowerment on the African continent. These engagements included: the 30th Session of the Gender is My Agenda Campaign (GIMAC), which convened over 55 civil society organisations working towards gender equality and women’s empowerment across Africa; the 4th African Union High Level Panel on Gender Equality and Women’s Empowerment, which brought together policy-makers, academics, government representatives, and civil society groups around issues of gender mainstreaming throughout the AU; a consultative meeting with stakeholders – including Regional Economic Communities (RECs), Organs of the AU, and GIMAC – around enhancing collaboration for the coordination and implementation of the AU Gender Policy Evaluation and the new AU Gender Strategy; and a workshop, organised by the AU and UN Women, on “Sustainable Approaches to Supporting & Monitoring Women’s Participation in Political Processes in Africa”. The GIMAC convened its 30th session under the theme, “Towards a Continental Policy Framework for Girls and Young Women: Gender Equality: A Human Right and Key Driver for Economic Transformation”, on 27 – 28, June 2017. Of particular interest to ACCORD was a session on day two, entitled “The Agency of Youth towards Sustainable Peace”, which discussed issues of Women, Peace and Security with a particular focus on the participation of young women in peace processes on the continent. The session remarked on the inroads that have been made in promoting women’s participation in decision making, while recognizing the existing gaps and challenges. It further reiterated the wide recognition women peacebuilders received compared to slow appreciation of women’s role at the peace table, despite evidences of direct link between women’s participation and sustainable peace. In addition, Dr Jean-Bosco Butera, Special Adviser and Chief of Staff to the Office of The AU’s Special Envoy on Women, Peace & Security, spoke about the recently established network of African women in mediation, FemWise Africa, an initiative in which ACCORD has played a significant role, in terms of both conceptualisation and implementation.

The GIMAC Session ended in the drafting of 11 recommendations to be submitted at the Heads of State Summit, among which was a demand for increased support from civil society and political leaders across the continent to bringing about sustainable peace in Burundi and other countries engaged in conflict in Africa. The recommendations clearly laid out the policy and financial commitments required from the AU and Member States in order to confront a variety of challenges across sectors in the journey towards the realisation of gender equality and women’s empowerment, especially for young women on the African continent.

The 4th African Union High Level Panel on Gender Equality and Women’s Empowerment, which was held on 28 – 29, June 2017, sought to recommend concrete actions to policy makers and leaders for scaling up implementation of policy priorities in the four pillars of the AU Demographic Dividends Agenda that will translate into more tangible investments in young women and girls. The conference ended with the launch of two books by the Office of the AU Special Envoy on Women, Peace and Security in partnership with UN Women: a Handbook for Reporters on Women, Peace and Security in Africa; and a booklet called African Women in Mediation and Elections Observers. This booklet is a valuable contribution to a field in which ACCORD has been engaged for decades, regarding the increased participation of women in peace processes on the continent, in line with the demands of United Nations Security Council (UNSC) Resolution 1325 on Women, Peace and Security.

ACCORD, represented by Ms Pravina Makan-Lakha, General Manager: Business Development, also participated as a discussant in the workshop on “Sustainable Approaches to Supporting & Monitoring Women’s Participation in Political Processes in Africa”. Ms Makan-Lakha spoke on a panel, entitled “Experiences of Supporting & Monitoring Women’s Political Participation in Africa”, which facilitated dialogue about countries’ experiences in addressing challenges and gender gaps in political and electoral processes. 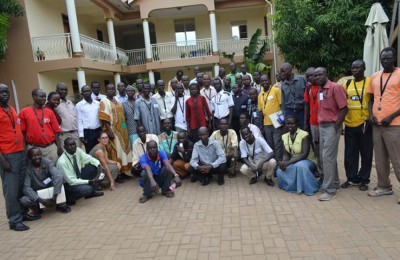 Training on conflict sensitive approaches to development in South Sudan 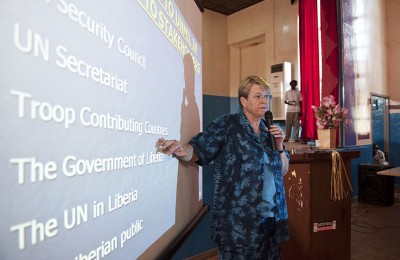 Towards National Conflict Mapping in Liberia 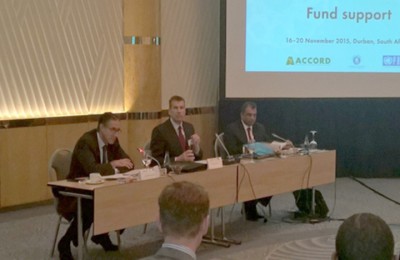 ACCORD partners with UN Peacebuilding Fund to enhance inclusivity and accountability 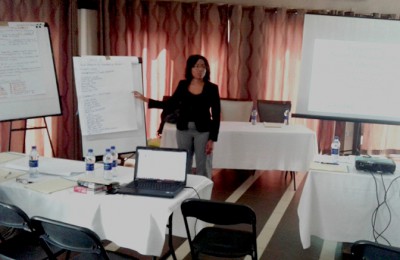 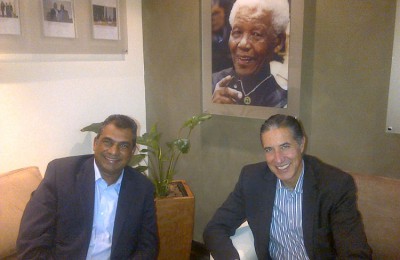 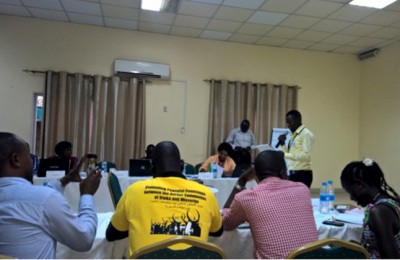 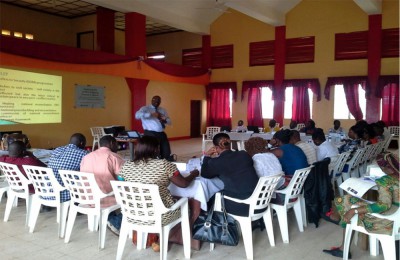 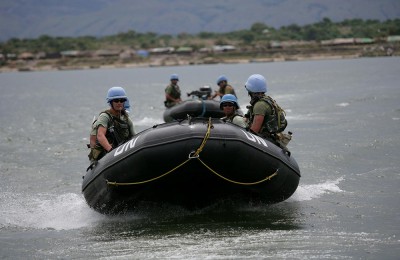 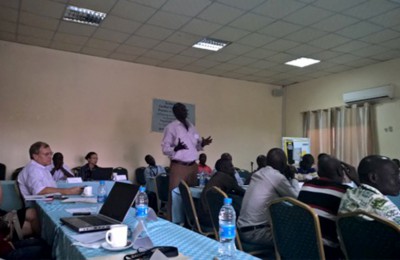 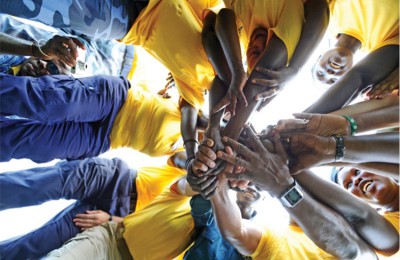 International Day of Peace 2015: progress and aspirations toward silencing the guns in Africa 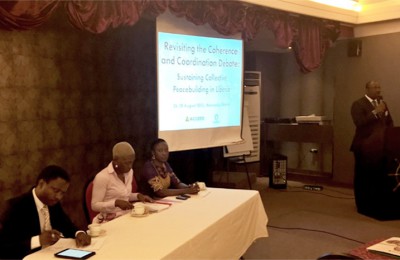 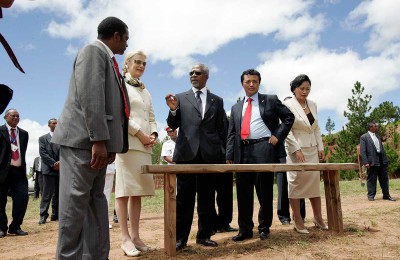