The International Conference on the Great Lakes Region (ICGLR) Executive Secretary, Ambassador Liberata Mulamula and the Founder and Executive Director of the African Centre for the Constructive Resolution of Disputes (ACCORD), Mr Vasu Gounden, signed this 11 August in Bujumbura a Memorandum of Understanding between their two organisations, whereby the two parties are to work together to support common objectives.

In the terms of this memorandum, ICGLR and ACCORD engaged in regular consultations through the exchange of visits, meetings, retreats and diplomatic channels and to share experiences and lessons learnt from peace building processes in Africa.

After signing the Memorandum, Mr Vasu Gounden told the media that his organisation is to support the forthcoming ICGLR Special Summit of member States on SGBV scheduled in December. “Sexual Gender Based Violence is an issue that brings shame to the whole Africa, it is not in our culture, it has never been as such” stressed Mr. Gounden who agreed to contribute 30,000US dollars to the Experts meeting preparing that summit.

“We appreciate the establishment of ICGLR, the Great Lakes Region is a complex system and you cannot resolve the problems in one country without looking at the impact that they will have in other countries” pointed out Mr. Gounden .

“As an important civil society actor, it is our responsibility as an African organisation to partner with ICGLR and to complement their work because as an inter- government agency, you (ICGLR) are a lead agency in the region, charged with the responsibility of insuring stability, security and development in the region”, he added.

Ambassador Mulamula commended the work done by ACCORD in the Great Lakes region where it has mediated peace processes and reconciliation in Burundi, DRC and Rwanda.

The Memorandum was signed at a moment South African President Jacob Zuma was visiting Burundi. Mr Gounden said they chose the day because President Zuma has contributed a lot to the peace process in Burundi which he has mediated whereas ACCORD was involved in the support to that process. 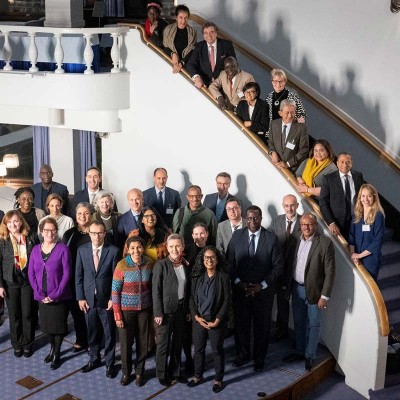