Since 1993, the Africa Peace Award has served to honour individuals, organisations and communities who promote peaceful resolution of conflict.

The Africa we want is one of Unity, Prosperity, and Peace. This vision is supported and facilitated by the work of the AUC, bringing African solutions to African challenges

On Saturday 21 November, the 2015 Africa Peace Award was presented to the African Union Commission (AUC) in recognition of over fifty years of securing peace on the continent and advancing her socio-economic development. Ms Graça Machel, the Chairperson of ACCORD’s Board of Trustees presented the Africa Peace Award to the AUC. Dr Nkosazana Dlamini-Zuma, the Chairperson of the AUC, received the award on behalf of the organisation at a gala dinner in Durban, South Africa, at the same venue that witnessed the African Union’s inaugural summit in 2002. The programme included congratulatory speeches by H.E. President Jacob Zuma and the Premier of KwaZulu-Natal, Senzo Mchunu. The event was attended by close to 800 guests from across society. At the event ACCORD made a call for the United Nations to convene a Global Conference on Peace, and announced its intention to assemble a multi-disciplinary gathering of experts from around the world to prepare for the global conference.

Created by the African Centre for the Constructive Resolution of Disputes (ACCORD) in 1993, the Africa Peace Award recognises individuals, communities, and nations who respect human rights, settle conflicts peacefully, and ensure the good governance of public affairs. ACCORD, one of the world’s preeminent conflict management institutions, established the Award to celebrate peace across the continent, having previously bestowed the award to:

The inaugural Africa Peace Award was given to the community of Mpumalanga (1993), KwaZulu-Natal, for the brave and significant contribution they made to peace, through their efforts at turning one of the most violent areas in South Africa into a haven of relative peace.

Nelson Mandela was selected by ACCORD’s Board of Trustees as the recipient of the Award. Nelson Mandela is in many ways an embodiment of the very essence of everything that the Africa Peace Award represents. At the Award ceremony, the then Secretary General of the Organisation of African Unity (now the African Unity), Dr. Salim A. Salim, described Nelson Mandela as ‘one of the greatest sons of Africa, a world statesman and a legend in his lifetime.’

The Award was given to the Nation of Mozambique for their efforts towards peace, respect for human rights and good governance, achieved after a protracted civil war. The reward was received on behalf of the Nation of Mozambique by H.E. President Joaquim Chissano. He was accompanied by 200 Mozambicans, including the Deputy Leader of Renamo, the official opposition in Mozambique.

In early 1999 Nigerians voted in the first democratically elected civilian government to rule their country in 16 years – a victory for all Nigerians. By awarding the Africa Peace Award to the Nation of Nigeria, ACCORD recognised Nigeria’s transition from military rule to democratic governance.

Celebrating more than a decade of conflict management work on the African Continent, ACCORD presented the 2003 Africa Peace Award to the ‘Children of Africa’, to highlight the plight of child soldiers. Symbolising the Continent’s future hopes and dreams, the award was presented to a group of children representing the various regions of Africa.

The Award was given to the Nation of Burundi for outstanding achievements in settling years of civil war in a peace process that resulted in a negotiated settlement and the successful democratic election of a new government in 2005.

The Award was given to the Nation of Sierra Leone in recognition of their determination, patriotism and bravery in ending their decade-long civil war, for achieving peace in Sierra Leone, and for maintaining that hard-earned peace through two elections held after the conflict.

Amongst others, there are a number of specific areas where the AUC can be acknowledged:

These are all examples of African solutions to African problems, which the AUC, together with stakeholders and partners, has driven, coordinated and overseen in the 13 years since its inception, building on the solid foundation of previous OAU efforts. The Award celebrates the AUC’s commitment and the progress it has helped the continent achieve. We look forward to a future where Unity, Prosperity, and Peace are in our hands and the eyes of our children.

For more information on these events, please contact Wolfe Braude on wolfe@accord.org.za

Links to news items on the Award:

Links to videos of the Award:

Links to speeches from the event:

Pictures from the event: 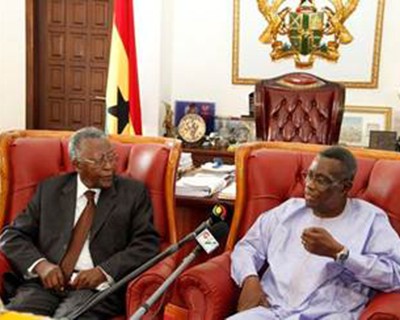 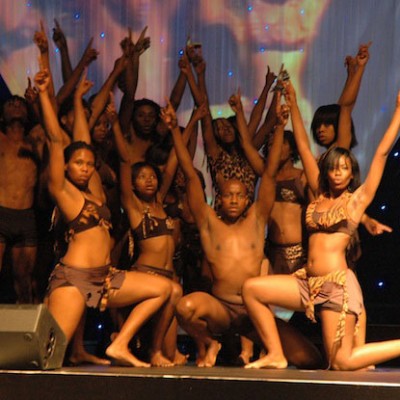 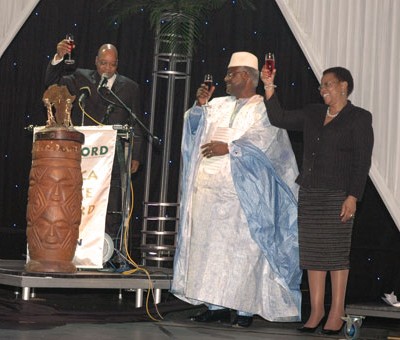 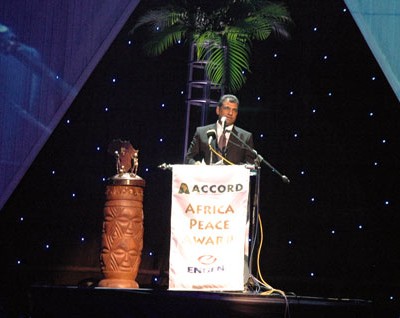 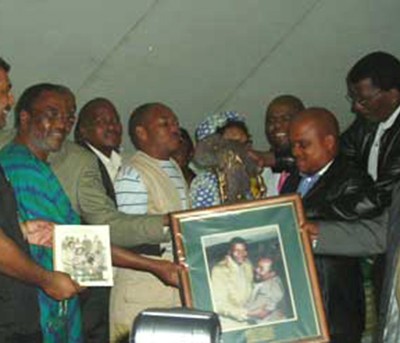 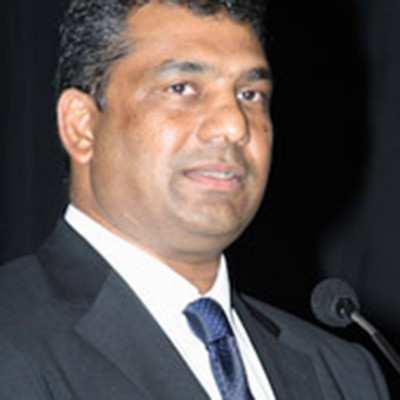