Jerome Sachane is an international conflict resolution trainer and mediator with experience over 22 years, who has facilitated the resolution of a variety of community and interparty disputes in South Africa.

Mr Sachane has been attached to the Burundi Peace Process from 1995, working across the political spectrum, facilitating dialogue and political transformation experiences between South Africa and Burundi. He established a Civil Society Track (Track Two) to the Burundi Arusha Peace Process, facilitated by the former President of South Africa, Mr. Nelson Mandela. He brokered dialogue between Leadership of Burundi Civil Society with the Facilitator.

He was part of a team that assisted the Peace and Security Commissioner (The former Head of the Military Government of Nigeria – General Abubakar) at the InterCongolese Dialogue that was held in South Africa facilitated by the former President of Botswana Sir Ketumile Masire.

Sachane is also a recognized facilitator who was commissioned by the South African Human Rights Commission in KwaZulu-Natal, to facilitate the Electoral Process to elect the KwaZulu-Natal Refugee Committee. He facilitated the resolution of a dispute between Worcester Civic and Residents Associations. Sachane was commissioned to facilitate the establishment of a partnership between the eThekwini based Council of Traditional Healers and the University of KwaZulu Natal’s (UKZN) Nelson Mandela Medical School. As a lead trainer in conflict analysis, management, resolution as well as mediation, Sachane facilitated training at various senior government levels on the African Continent – the Congolese Diplomacy Academy, Eritrea, Uganda, Ethiopia, South Sudan, Burundi, Angola, Zimbabwe, Liberia, Sierra Leon, Mozambique, Swaziland, Gambia, Kenya and South Africa.

He has also undertaken a variety of field missions related to Conflict Mapping and assessing conflict resolution mechanisms and systems. Some of the countries visited: Somalia, Sierra Leon, Angola, Mozambique, Liberia, Malawi, Addis Ababa, Eritrea, Zimbabwe, USA and a number of European Countries.

Sachane was part of a mission to the Middle East on a comparative study, looking and the South African, Northern Ireland and Middle East conflicts. He visited the Navajo Nation Judicial Branch, the indigenous conflict mitigation mechanism of The Navajo Nation in Arizona, USA.

Jerome has received extensive conflict resolution training in South Africa and the USA (CDR & Associates, the San Diego Mediation Centre, the Harrisonburg Community Mediation Centre and the Chicago Centre for Conflict Resolution). He is a trained conflict resolution trainer in areas such as Mediation, Negotiation, Community Mediation, Dispute Management Systems Design and Mediating Multi-Party Disputes and has trained throughout the Continent. In 1994 Sachane was seconded to the Western Cape Independent Electoral Commission as the Foreign Electoral Observer Accreditation Officer during the 1994 first democratic elections in South Africa. He also acted as a Trainer/Mediator in preparation for and during the elections. 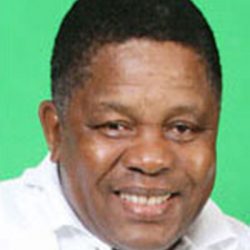