The case of Northern Uganda

The United Nations (UN) Security Council Resolution 1325 calls on all actors involved to address the special needs of women and girls during rehabilitation, reintegration and post-conflict reconstruction. This study endeavours to analyse the reintegration experience of women and girls in post-conflict Uganda. In this country, the recruitment of combatants by the Lord’s Resistance Army (LRA) has been characterised by the forcible abduction of young boys and girls, and the eventual deployment of child soldiers. The government of Uganda, in its attempt to defeat the LRA and in recognition of the fact that the LRA forcibly conscripted children to wage their cause, offered amnesties to all individuals who returned or were rescued from the LRA. This process has had consequences for the general female population of the Acholi community in northern Uganda.

There has been scant research done on the long-term impact of the LRA war on the Acholi community, and more especially on those who were abducted. While little is known about the war’s impact on the male population, even less is known about the female children abducted and forced to become servants and “wives” of LRA male combatants. It is vital to note that the experiences of abduction, violence and even return for women and girls have been different to that of men and boys. This paper explores these issues. 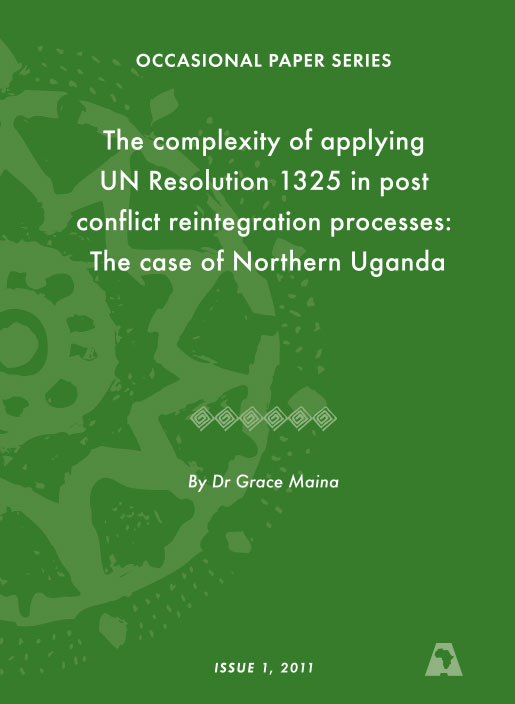