South Africa's approach to the inter-party negotiations in Zimbabwe

In the late 1990s, Zimbabwe became trapped in a ditch of multifaceted crises that were pronounced in the contest for political power between the ruling Zimbabwe African National Union-Patriotic Front (ZANU-PF) and the opposition Movement for Democratic Change (MDC). This conflict revolved around the legitimacy of electoral processes, related institutions and the credibility of electoral outcomes. By 2007, the conflict had escalated to the extent that the Southern African Development Community (SADC) and countries neighbouring Zimbabwe decided to mediate between the two parties to end the standoff, which had begun to negatively affect the entire southern Africa region. Thabo Mbeki, former President of South Africa (1999-2008), was then mandated by SADC to facilitate dialogue between the parties. Mediation efforts led to relatively credible harmonised parliamentary and presidential elections held on 29 March 2008. These elections, however, did not come up with a clear winner, forcing the country to call for a run-off. This second round of elections, held on 27 June 2008, was tainted by allegations of electoral flaws and widespread institutionalised violence. The result was a predictable regression into the pre-29 March era, prompting SADC to mandate South Africa to facilitate negotiations for a political solution among the key political players. In the face of varying interests converging on the Zimbabwe situation, South Africa’s role became even more difficult. 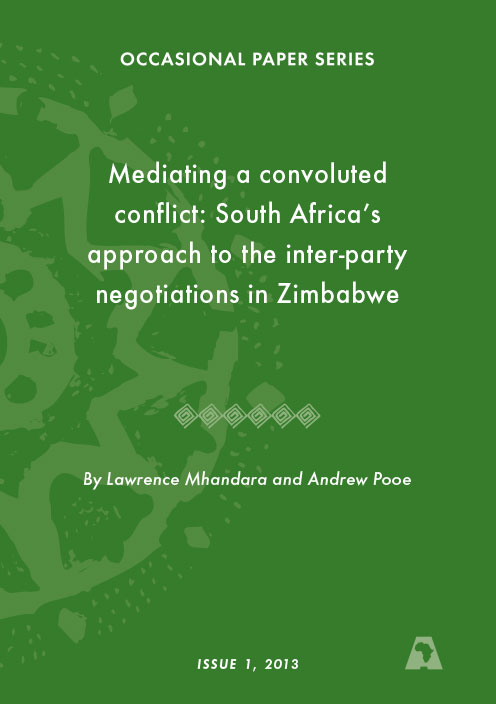