The Promise and the Practice of a New Donor Approach

When the concept of security sector reform (SSR) was introduced some 10 years ago, it aimed to offer an innovative approach to the reform of security governance. Within the SSR paradigm, such reform was seen as an essential precondition of sustainable development and was envisaged as encompassing the entire spectrum of security institutions, including the military, police, intelligence services and the penal system.

Besides this holistic approach and the link with development, the novelty of the concept resided in the emphasis on local ownership of the reform process; on principles of legality, accountability, and transparency; and on its embrace of a wide understanding of security, encompassing territorial integrity, state security, and individual security. A review of SSR projects in Africa with significant input from external donors reveals considerable variations of approach, while a comparative analysis of SSR in Sierra Leone and Liberia contrasts the differing application of core principles of SSR in these two cases. The paper concludes that there is no consistent approach to SSR, and that in practice, the concept fails to live up to its innovative potential. For this potential to become reality, the SSR dialogue needs to take voices and experiences from the global South into account, rather than merely reflect a donor perspective. 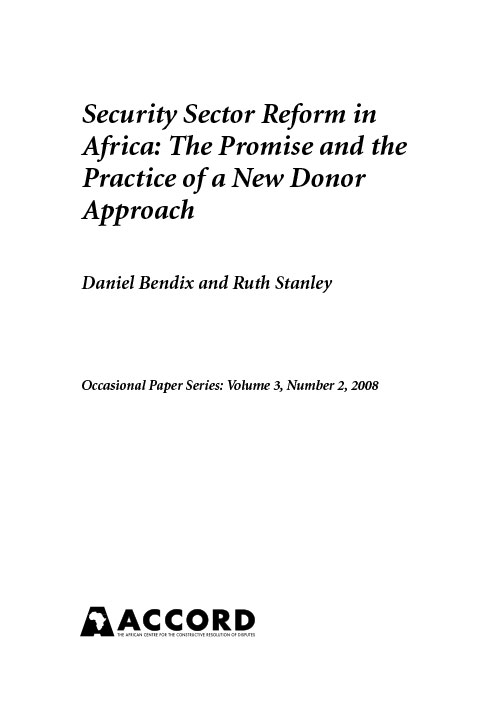