This paper considers the potential future role of South Africa as an anchor state in Africa, whose legitimacy and credibility – in spite of domestic constraints – is underwritten by a strategic commitment to maintaining regional peace and security. To achieve this, the paper draws upon the “hard” and “soft” power dichotomy first alluded to by Joseph Nye, to frame an understanding of current South African international relations against a conceptual backdrop largely influenced by liberal institutionalism – as well as certain constructivist propositions, to a lesser extent. The paper considers three distinct periods in the evolution of the country’s foreign policy thinking, before discussing the most significant aspects of the current international peace and security order from the perspective of a system facing fundamental ontological change, and one which subsequently necessitates new approaches and strategies by international stakeholders. Finally, the paper puts forward an argument that privileges the idea of a renewal of aspirational South African leadership in the region. This is specifically premised on a central commitment to conflict management and the subsequent maintenance of peace and security through better application of the country’s “smart power” reserves, as well as in terms of the demands and opportunities associated with an international system in flux. 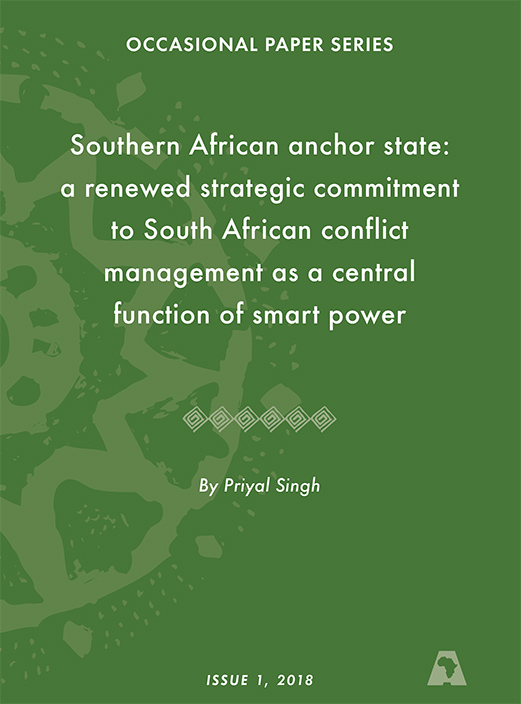