The Power of Collectives

One year ago, about 80 leading women from 24 African countries, friends and partners, held an earnest and deep conversation on the important issue of women’s inclusion in pre-confict mediation, at the peace table, and in social cohesion. That gathering was convened by the African Union Pan-African Network of the Wise (PanWise), in Constantine, Algeria, in December 2016.

That meeting polished and fine-tuned the modalities for the creation of a Pan-African network of women mediators, code-named “FemWise-Africa”. Since then, an exceptionally rapid series of events has been recorded, moving us closer to FemWise-Africa becoming fully operational. These important milestones include, among others: the AU Peace and Security Council’s endorsement of the modalities for FemWise-Africa on 13 March 2017; the United Nations Security Council endorsement of FemWise-Africa two weeks later, on 27 March 2017 in New York as part of an Arria Formula; and most importantly, the formal establishment of FemWise-Africa through a decision of the African Union (AU) Assembly of Heads of State and Government on 4 July 2017, which not only institutionalises once and for all the place and the role of women at the peace and negotiation table, but also records one of the fastest operationalisations of any AU instrument in its history! 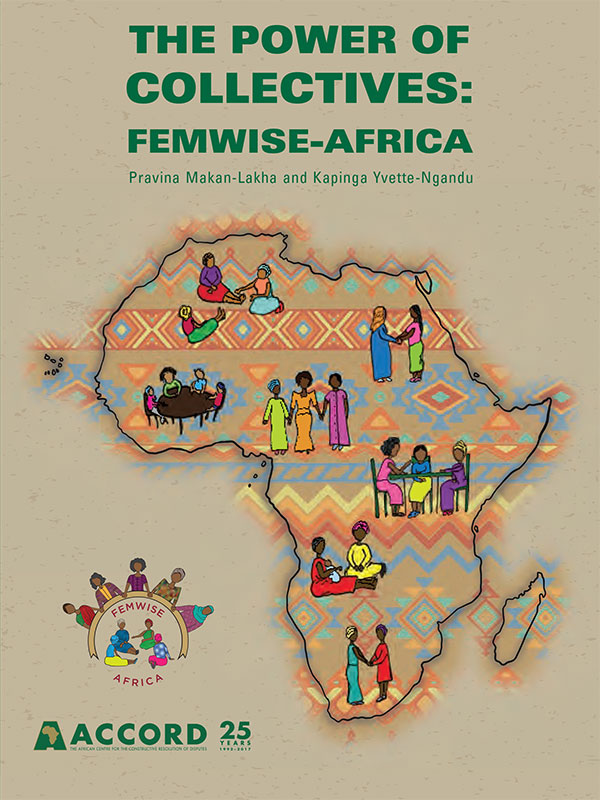 Advisor on Women, Peace and Security at ACCORD