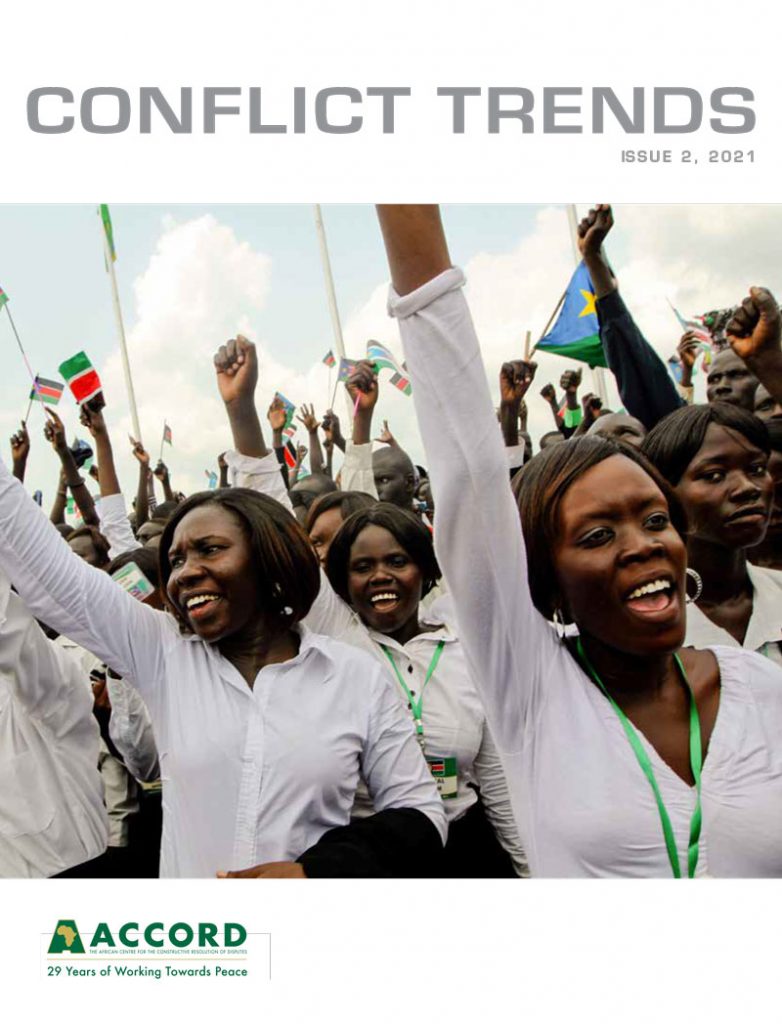 This Issue of Conflict Trends takes a regional perspective in challenging ECCAS to be more effective in Central Africa’s crises and examining Ethiopia’s challenging relationships with its neighbours amidst the country’s domestic upheaval. At the State level South Sudan’s path to democracy is examined and a people-centred government to address the root causes of conflict, is advocated. In addition, the crisis in Mozambique remains ongoing as a military solution does not address the root causes of conflict. We are alerted that the implications of emerging technologies in Africa includes further challenges for peace and security. Finally, Gadaa locates democratic principles and institutions locally, historically and culturally in Africa.

The 15th of February 2021 will be marked in history as the day on which an African woman, Ngozi Okonjo-Iweala, was elected for the first time as the Director-General of the World Trade Organization (WTO). It was a proud day for women around the world and for us in Africa.

A new civilian, people-centred government will allow South Sudan to address the root causes of conflict.

The Crisis of Ethiopian Foreign Relations

Amidst continued domestic upheaval, Ethiopia’s relations with its neighbours are also in crisis.

Implications of Emerging Technologies on Peace and Security in Africa

Emerging technologies produce challenges for peace and security in Africa.

A military solution does not address the root causes of conflict in Mozambique.

Gadaa as an Alternative Understanding of Democracy in Africa

This scholarly contribution by John Young offers an insightful critique and evaluation of liberal peacemaking and internationalism that has shaped post-cold war approaches to Africa. Examining South Sudan’s peacemaking process, the book refutes modernist and liberal peace epistemologies that deficiency in governance, underdevelopment, and failed peace are caused by internal factors. The main argument is […]