From Classrooms to Conflict in Rwanda

The genocide that took place in Rwanda in 1994 has been analysed from many perspectives, the most common being through the lens of security and (lack of) international involvement. International apathy, ethnic divisions created and crystallised through Belgian colonial rule, and a long history of ethnic hierarchical tensions leading to economic disparities are often offered as the root causes of the 100-day massacre that took place efficiently and swiftly, leaving close to one million Tutsi and Hutu moderates dead. In From Classrooms to Conflict in Rwanda, author and researcher Elizabeth King examines the genocide from another perspective: through the education system spanning the past century in Rwanda. King examines not only the quantity of education, but also the quality of Rwanda’s curriculum, and how it may have contributed to the eventual conflict. She examines schooling in Rwanda throughout three essential time periods in the nation’s modern history: the colonial period (1918–1962), the two republics (1962–1994), and post-genocide Rwanda (1994–current).

King claims that the Belgian colonial influence on education (1918–1962) and its lionisation of hierarchical group divisions and individual conformity played an important role in the 1994 genocide. Access to education – an important factor in future upward mobility – was highly restricted, and was distributed along ethnic identities and divisions that were endorsed by the state. This resulted in the solidification of differential identities, with one minority ethnic group – Tutsi – being highly valued by Belgian rulers, due to perceived superiority over the majority Hutu population. The curriculum presented during this time period helped to solidify “categorizing, collectivizing, and stigmatizing” (p. 68) of Rwandans based on ethnicity, which contributed to intergroup tensions and resentment. In addition, the national curriculum required rote memorisation, group-think and conformity, and discouraged critical thinking and individual agency. King identifies the latter as two essential components of conflict resolution and the de-escalation of potential violent conflict.

King discusses Rwanda’s history of education and curriculum development under the First Republic and Second Republic, with the First Republic occurring post-independence under the Hutu leadership of Gregoire Kayibanda between 1962 and 1973. The Second Republic was ushered in via a military coup, led by Hutu military General Juvenal Habyarimana, in July 1973. King asserts that the education of Rwandan children in this time period (1962–1994) played a critical role in the resulting genocide, “laying both the social-structural and psycho-cultural conditions” necessary for large-scale inter-ethnic violence (p. 109). Specific ethnic quotas allowing limited access to secondary education – this time in favour of the Hutu population – were introduced during this time period and helped to solidify an “us versus them”, “in-group versus out-group” mentality. As in most of the world, education in Rwanda is crucial for upward mobility and economic opportunity. Lack of basic education based on ethnicity created long-term inequalities, resulting in animosity and deep-seated tensions between the two groups. Again, the overall curriculum presented to school-age children assisted in crystallising ethnic differences, with Tutsis often presented as outsiders; Hamitic foreigners with no given right to the country itself. During this time period, primary and secondary school students were required to identify themselves verbally, based on ethnic identity, resulting in classroom and schoolyard discrimination, stigmatisation and violence. The result was the hardening of a perceived hierarchy of qualities based on ethnic distinctions, taught throughout a child’s formative years and eventually contributing to the large-scale atrocities in 1994.

King explores the enormous task the post-genocide government had in rebuilding and restructuring Rwanda’s education system following the genocide. The violent conflict left 1.2 million children orphaned, 100 000 living within a child-headed household, thousands of children internally and externally displaced, and all of them vulnerable and highly traumatised (pp. 111–112). Despite the many competing priorities, the new post-genocide government, led by Paul Kagame and the Rwandan Patriotic Front (RPF), wisely identified the reconstruction of schools and the educational system as a topmost priority. Political stability was achieved rather quickly, and the RPF government identified the root of the violent conflict to have been based in colonial “divide and rule” tactics that pitted Rwandan against Rwandan. The government quickly abolished ethnic identity cards, discouraged the “public use of ethicist ideology” (p. 114) and aimed to create a policy of “one Rwanda for Rwandans”. It is currently a violation of Rwandan law to self-identify as ethnically Hutu, Tutsi or Twa. Rwanda’s curriculum was temporarily suspended post-genocide in order to rewrite and re-establish materials that would promote peacebuilding and inter-ethnic cooperation. It is commonly accepted by Rwandan society that the genocide was almost solely based on societal ignorance, bad governance and a lack of education – a myth that King attempts to disprove.

King provides a balanced perspective on what has been achieved over a 20-year time period, including an analysis of what should be addressed to avoid a recurrence of the tensions that led to the eruption of widespread violence in 1994. While the promulgation of the 2003 Constitution declared primary education to be free and compulsory for Rwandan children, King recognises and asserts that it is access to higher education – secondary and tertiary – that is the true indicator of an individual’s eventual upward mobility and economic stability. Kagame’s commitment to equal access in this regard would help to erode the horizontal inequities that led to tensions, resentment and violent uprisings. In addition, while past curricula that created divisive ethnic lines were erased during the rewriting process in 1994 and 1995, King claims that these lines have been simply redrawn – albeit in genocide survivor-perpetrator categories (pp. 147–148). Stigmatisation, collectivisation and differentiation are still acutely a part of Rwandan academic structure and curriculum. Critical thinking skills (which King asserts to be a crucial element of peacebuilding), individual agency and conflict resolution are still absent from mainstream Rwandan education. This leaves students vulnerable to the eruption of tension due to leftover resentments from past inter-ethnic conflicts, and with a lack of essential skills necessary to resolve them peaceably.

King’s work is a well-researched, meticulous examination of how primary, secondary and tertiary education throughout Rwanda’s history may have contributed to the conflict. It also offers policy and programme ideas that are necessary to continue to reform the system in an effort to avoid future intrastate conflict. Currently, 43% of the Rwandan population is under the age of 14 years; education is therefore “an even larger influence” (p. 165) on Rwanda’s future stability. King asserts the current education system “warrants concern” (p. 147), as past mistakes are being repeated at a time where innovation is necessary. Rwanda’s next elections are to be held in 2017, and political upheaval is expected as the 20-year rule of Kagame and the RPF party – the only party to rule Rwanda post-genocide – comes to an end. Education is revealed by King to be a powerful tool that can be wielded to establish and reinforce divisions, or to create a system that provides opportunities for conflict resolution and peacebuilding. King’s work should not be solely relegated to those in the field of education or educational reform, but should be considered essential reading for international and national stakeholders in the area of international development, peacebuilding, international and national security, conflict resolution, good governance and state/nation-building.

King’s work is a fresh and new perspective on education and national stability as a whole, as common rhetoric establishes the norm that the quantity of education is paramount, and quality is often overlooked. Lack of education is often cited as a contributor to instability and pervasive poverty, which can lead to political and state instability, but rarely is the quality of education examined to assess the role it may play in the creation of conflict. This type of assessment, along with policy and programme changes that could be implemented following assessment, would transfer well to other intrastate tensions that often border on violent conflict – such as xenophobia in South Africa, Israel-Palestinian tensions, and ongoing black civil rights movements in the United States of America. 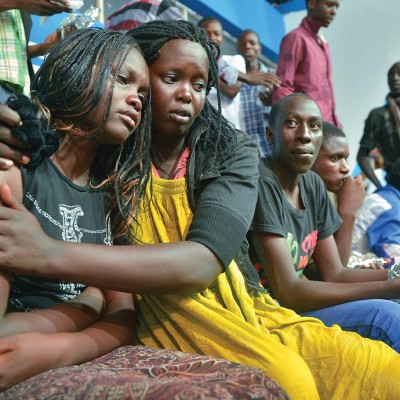 To Punish or to Reform? 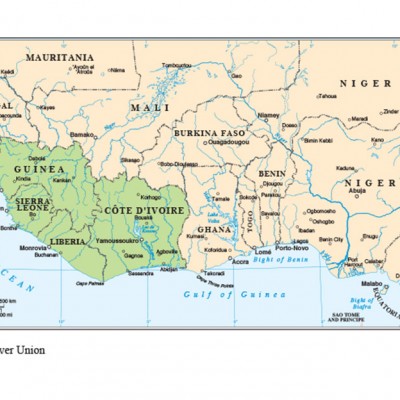 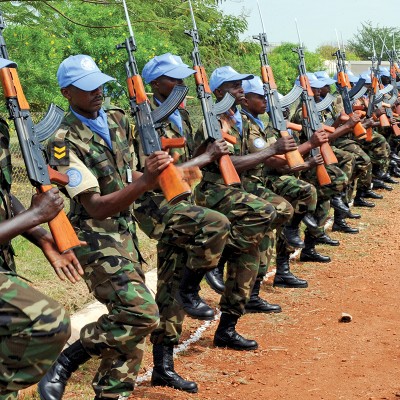 What are the Human Rights Obligations of UNMISS to those Sheltering on its Protection Sites? 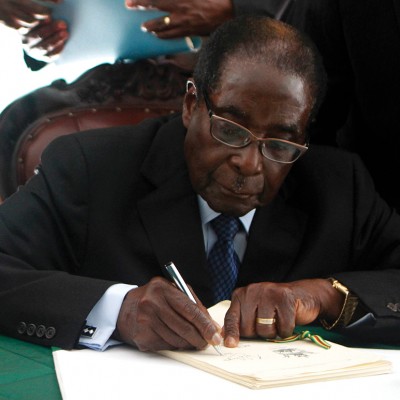 The Place for Amnesty in Zimbabwe’s Transitional Justice Process 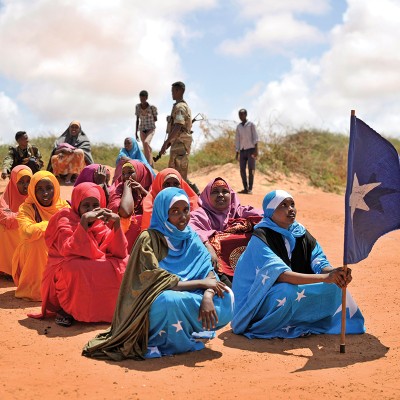 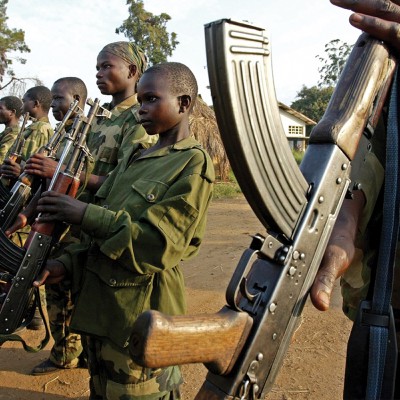 Understanding the Recruitment of Child Soldiers in Africa

From Classrooms to Conflict in Rwanda