Introducing the Women's Situation Room – a women-led initiative to prevent and reduce violence during African elections.

Violence during an election cycle is an all-too-frequent phenomenon in most African countries, where it may be triggered by political or ethnic tensions, or flawed electoral processes.1 Post-conflict countries and countries in conflict often face extraordinary challenges with respect to development and security. More than 1.5 billion people live in countries affected by violent conflict, with poverty rates 20% higher in countries affected by repeated cycles of violence.2 Elections, a hallmark of democracy and process for political transitions, have often served as triggers of violence. Electoral violence slows the consolidation of democratic norms; reduces the prospects for long-term, durable peace and stability; and undermines economic growth by limiting the purchasing power of citizens. Thus, managing election-related violence is critical in building strong governing institutions and creating durable peace.

Over the years, in response to electoral challenges, different actors have employed different mechanisms and implemented various initiatives to reduce and prevent the violence that often accompanies elections in most African countries. Among these initiatives is the Women’s Situation Room (WSR) – a women-led approach to preventing and reducing violence during the electoral cycle, and in some countries assuming a conflict management approach in the post-election period. Several countries have established the WSR, which seeks to reduce cases of violence and sexual violence, and increase the number of women in electoral processes – either as voters, candidates, supporters or observers during elections. This article outlines the work, challenges and success of the WSR, and interrogates its role in preventing and managing violence during election periods and its link to conflict early warning and early response, and conflict resolution.

Elections in some African countries are often marked by violence, which ranges from low-level intimidation and harassment to more intense violent displacement and death. Electoral violence of any kind can deter citizens from voting, discourage candidates from running for office, weaken civil society’s scrutiny of elections, and hurt the legitimacy of a government. Often, women are affected by the intimidation caused by this violence. With unemployment soaring in most African countries, there continues to be an underutilised human resource capacity – the youth. With high unemployment, the youth are susceptible to manipulation to perpetrate conflict during election processes. The WSR is an initiative that seeks to bring the capacities of the youth and women together to strengthen the prevention of and response to electoral violence, thereby increasing the participation of women in elections.

Some of these countries have, in the past, reported electoral violence – such as Kenya and, more recently, Gabon and the DRC. Most of the countries scheduled to hold elections in 2016 and 2017 are either in conflict or emerging from conflict. Given that some of them have weak institutional structures and mechanisms, this increases the likelihood of electoral violence. Further, cases of sexual violence have also been associated with elections. The use of the WSR, in conjunction with conflict and violence prevention mechanisms, has resulted in fairly peaceful elections, with reports indicating that sexual violence had decreased during elections in those countries due to the early warning preventive approach.

Women in Conflict and Violence Prevention

The pervasive human rights, socio-economic, health and political inequalities that disproportionately affect women and girls impede Africa’s efforts to achieve transformative and sustainable socio-economic development. This is seen in countries affected by electoral violence and political instability. To respond to these challenges, there is now greater recognition of the centrality of ensuring gender equality and women’s empowerment, if development is to be sustainable. The 2003 African Union Maputo Protocol exemplifies this importance. The protocol expressly demands affirmative action measures to assure women’s participation in electoral processes, decision-making and conflict prevention. The Beijing Declaration and Platform for Action is a progressive blueprint for advancing women’s rights. This declaration identified 12 critical areas of concern, and outlined actions to be taken in each of these areas to create a better world for women. The role of women in conflict prevention and decision-making was among these areas of concern. Twenty years after this comprehensive affirmation of women’s rights and empowerment was adopted, it remains only partially fulfilled. Confronted with slow progress, more than half of all countries use some type of gender quota for an elected office.

Ensuring transparent, open and competitive elections that all voters (especially women and other marginalised groups) can participate in, free from intimidation, is one of the objectives of the WSR. With almost half of the world’s poor expected to live in countries affected by fragility, conflict and violence (FCV) by 2030,8 addressing challenges such as electoral violence and the limited role of women in conflict resolution and violence prevention remains a concern for the achievement of the new Sustainable Development Goals (SDGs). As an early response and conflict mitigation initiative, the WSR directly engages women and youth, enabling them to support the prevention and mitigation of electoral violence in line with United Nations Security Council (UNSC) Resolution 1325 and other United Nations (UN) resolutions on women, peace and security.

What is the Women’s Situation Room?

The WSR is a peacebuilding initiative that empowers women to be the leading force for democratic and peaceful elections. The concept was first introduced by Yvette Chesson-Wureh, coordinator for the Liberia-based Angie Brooks International Centre (ABIC), a non-governmental organisation working on women’s empowerment.9 The WSR is an initiative that mobilises, harnesses and taps into the expertise and experiences of women to act to mitigate potential conflict, leading to violence that could emerge before, during and after elections. It empowers women and youth to play an active and direct role in peace and security efforts, and to engage in peace processes and conflict prevention mechanisms in accordance with UNSC resolutions 1325 and 1820.10 The initiative was first used during the 2011 elections in Liberia, and has since been successfully replicated in Kenya (2013), Senegal (2012), Sierra Leone (2012), Nigeria (2014) and Uganda (2016), among other countries. There were also plans to use it in Burkina Faso, Côte d’Ivoire and Togo. The operational approach of the WSR is expected to differ in individual countries, allowing for flexibility to adapt to local conditions and dynamics.

As a result of its demonstrated effectiveness in preventing and mitigating election-related violence in several countries in Africa, the WSR was endorsed as best practice by the 2012 AU’s Gender is My Agenda campaign. The UN has also recognised the WSR as best practice in conflict and violence prevention.

How Does the Women’s Situation Room Work?

The WSR is a very active room, where diverse women and men from different fields are brought together to monitor the elections in different parts of a country. The task of the WSR is specifically to monitor violence against women in the whole electoral process, but also to respond to cases affecting men, as well as children and other marginalised groups. The WSR relies solely on raw information from the field on the day of the election, and in some countries, some days after the elections.

The structure of the WSR consists of a secretariat, election observers, a call centre, a team of eminent women leaders and a pool of experts. The WSR operates from a designated location, often close to the strategic headquarters of the various first-response organisations such as the police and the electoral body in the country. The secretariat is tasked with organising the day-to-day activities of the WSR and rolling out strategies implemented before, during and after elections. The WSR is spearheaded by civil society organisations (CSOs), in most cases with the support of UN Women and the United Nations Development Programme (UNDP).

The WSR-trained election observers are deployed in various parts of the country. Using a toll-free, well-publicised telephone number, the election observers report to the Situation Room all incidents of violence or threats to peace that are happening across the country.11 Inside the Situation Room, a team of leaders and eminent persons from different African countries remain on standby. In another room, telephone operators take calls from the election observers deployed across the country to monitor hotspots. The operators record the time and nature of the call, and then pass on this information to technical experts, who verify and analyse the information before handing it to a team of women leaders who have influence with local politicians. They are also supported by female experts from other parts of Africa.

The team coordinates with high-profile representatives from the police service and the electoral commission – for example, the Independent Electoral and Boundaries Commission (IEBC), in the case of Kenya. After receiving situation reports of real or potential trouble on the ground, the eminent persons use their status and influence with police authorities, the electoral body or political leaders to reduce brewing tensions or prevent acts of violence from getting out of control. They also conduct behind-the-scenes diplomacy, and arbitrate and mediate between rival groups and political parties. Meanwhile, in the Situation Room itself, visitors are invited to write peace messages and sign their names on a piece of white cloth to symbolise their support for peaceful elections.

The WSR is barely a decade old, yet the impact of this initiative has been felt in the countries where it is used:

With the different achievements highlighted, the WSR is not without challenges:

Recommendations and Opportunities for Engagement

The WSR is an emerging trend that, if used with other existing opportunities or new approaches, will strengthen conflict and violence prevention during the electoral process, ensuring the protection needs of women are taken into consideration, and increasing the representation of women in peace processes:

Strengthening a society’s resilience to conflict and violence during elections may require enhanced coordination between, and joint action by, the major state and non-state actors that have a mandate to work for peaceful elections, and an interest in doing so. As countries across the African continent gear up for elections, women are taking an active role in ensuring peaceful voting and meaningful electoral participation, through the WSR. Women and youth are key stakeholders who are too often neglected in the quest for peaceful elections. Further, women play an active role in sustaining peace before, during and after elections, and their agency must be strengthened to enable them to contribute further to sustainable peace in their communities and beyond. The WSR provides a platform to enable this. 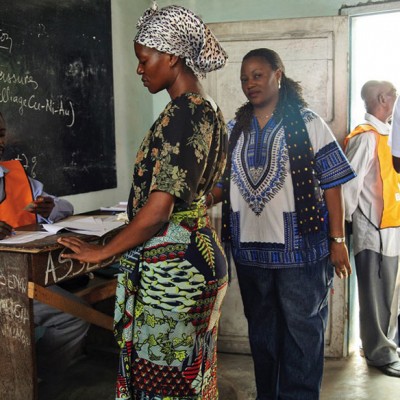 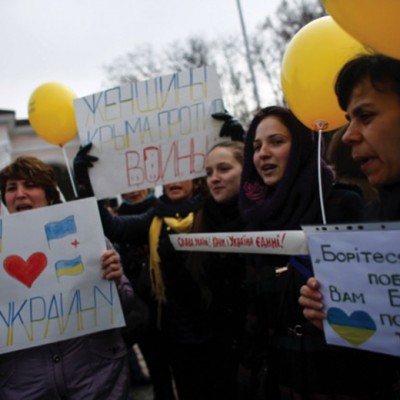 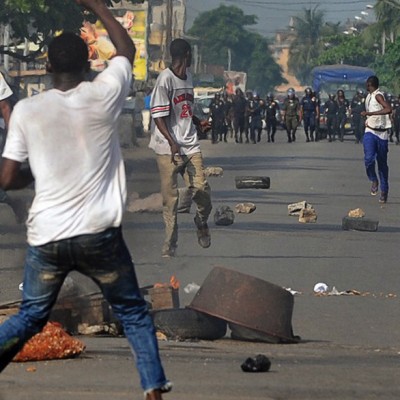 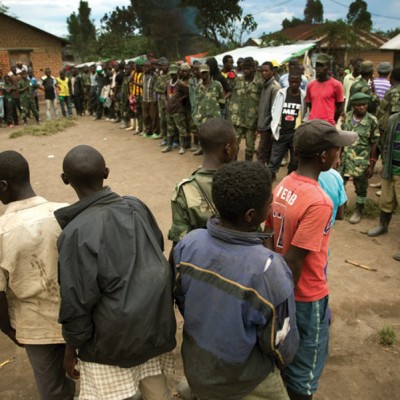 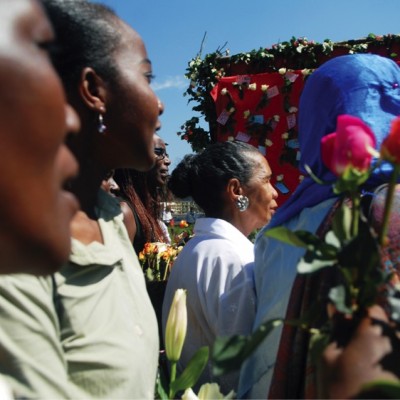 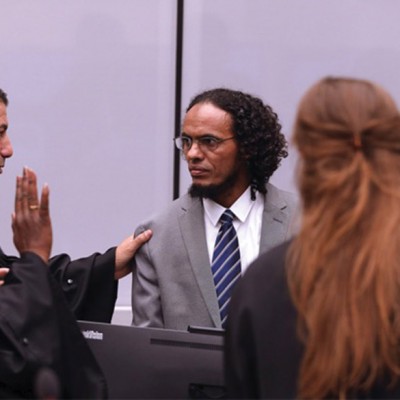 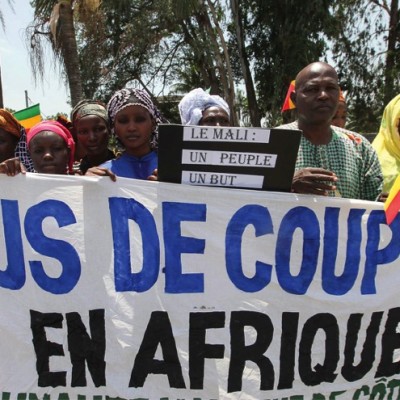