ACCORD Hosts Forum on Peace Agreements in Africa

From 7-9 November ACCORD hosted a three-day forum in Durban, South Africa, focusing on peace agreements in Africa. Thirty-two of the fifty-three African states have experienced various forms of violent conflict during the period from ACCORD’s fou …

From 7-9 November ACCORD hosted a three-day forum in Durban, South Africa, focusing on peace agreements in Africa. Thirty-two of the fifty-three African states have experienced various forms of violent conflict during the period from ACCORD’s founding in 1991, and 2002.

From 2002 to-date, fifteen out of these thirty-two countries have been implementing, or have attempted to implement, negotiated peace agreements.

The forum, which had a continental focus, brought together key actors in peace-making processes, from facilitators and practitioners to diplomats, civil society actors, academics and researchers. Present at the forum was H.E. Ambassador Tuliameni KalomohfromNamibia, who in his capacity as Assistant Secretary-General in the United Nations Department of Political Affairs responsible for Africa and the Security Council, led many missions on behalf of the then Secretary-General Kofi Annan to conflict areas in Africa. Mr. Roelf Meyer, former Minister of Defence and Minister of Constitutional Affairs in South Africa and one of the chief negotiators during the negotiations to end apartheid in South Africa, and Ms Jasmin Sooka, the former Deputy Chairperson to the Human Rights Violations Committee of the South African Truth and Reconciliation Commission and current Executive Director of the Foundation for Human Rights, also participated in the forum.

Specific objectives of the forum were to:

An experts’ workshop on peace agreements, which focused on the Southern Africa countries of Mozambique, Lesotho, Angola and the Union of Comoros, was held in July 2006, and this forum was a continuation of the initial workshop. 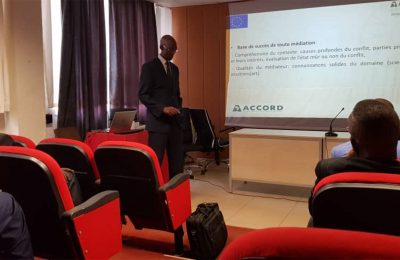