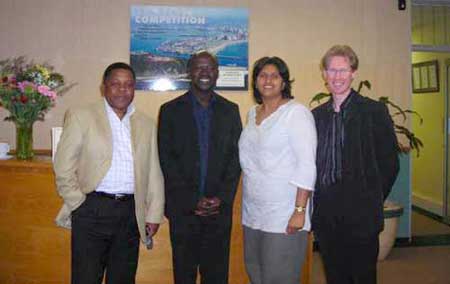 Prominent UK architect scouts the future location of the APC in Durban.

On Wednesday, 12 September 2007, David Adjaye, founder of London-based Adjaye Associates, visited ACCORD House where he met with the Deputy Director of ACCORD, Jerome Sachane, the General Manager: Corporate Affairs, Hayden Allen, and the General Manager: Operations and Business Development, Pravina Makan-Lakha.

David visited ACCORD House to discuss working on the design for ACCORD’s Africa Peace Centre (APC). While in Durban he therefore also visited the Bluff Headland, the site for the future Peace Centre.

David Adjaye is recognised as one of the leading architects of his generation in the UK. The projects that he has worked on have been diverse in scale, audience and geography and have included the Nobel Peace Center in Oslo, Norway. More recently, major arts centres and important public buildings across London, Oslo and Denver have demonstrated David’s considered approach to understanding the needs of the constituency served by each building and a respect for integration with their existing locale. David is also the visiting Kenzo Tange Professor in Architecture at Harvard’s Graduate School of Design. He has also been a lecturer at the Royal College of Art where he received his MA in architecture in 1993. That same year he was awarded the RIBA First Prize Bronze Medal. Following this, he trained at David Chipperfield Architects and then Eduardo Souto de Moura Architects in Oporto. In May 2005, Thames & Hudson published David’s first book, David Adjaye Houses: Recyling, Reconfiguring, Rebuilding which was distributed worldwide. In January 2006, the Whitechapel Gallery in London hosted the studio’s first exhibition ‘David Adjaye: Making Public Buildings’, which was accompanied by a book of the same name. David has also co-presented two television series of Dreamspaces for the BBC, a six-part series on contemporary architecture, and hosted two BBC radio programmes. In June 2005 he presented the TV programme “Building Africa: Architecture of a Continent”. Following on from this he is pursuing a personal project documenting each of Africa’s capital cities to culminate in an exhibition at Harvard, proceeded by a book. In June 2007, David was awarded an OBE for services to architecture in the Queen’s birthday honours list.

ACCORD’s Africa Peace Centre will be a residential mediation, training, and research facility to address the ongoing need in Africa for specialised training and research in conflict management, as well as a permanent facility where mediation of political conflicts can take place with all the necessary logistical, technical and intellectual support present. ACCORD’s vision is the creation of a permanent facility in Africa so as to encourage and promote the constructive resolution of disputes by the people of Africa, and so assist in achieving political stability, economic recovery and peaceful co-existence within just and democratic societies. 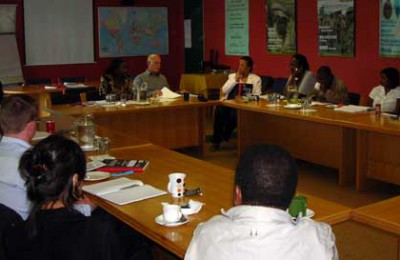 ACCORD hosts Proscovia Svärd of NAI 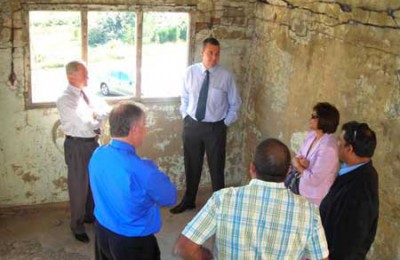 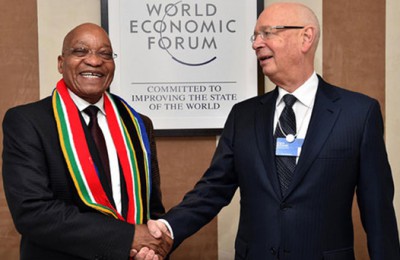 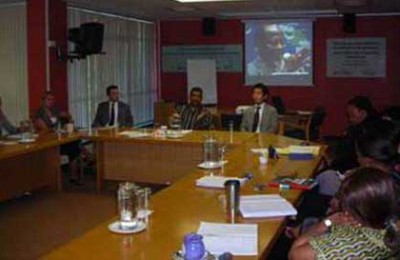 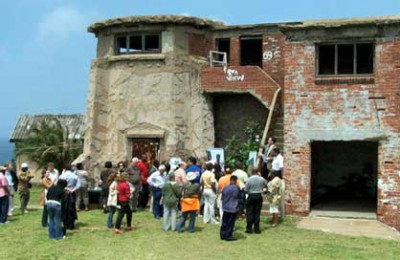 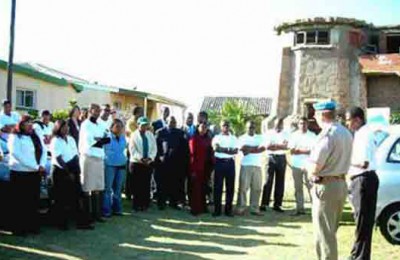 ACCORD celebrate Africa Day at site of the Africa Peace Centre 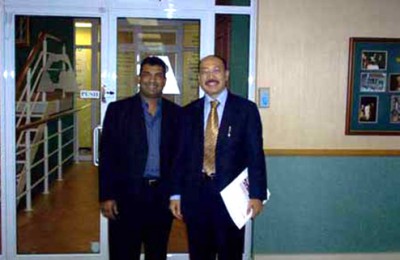