A Diplomatic Approach for Africa?

Internationally, scientific and policy debates on the potential security implications of climate change have recently gained great momentum. It is now clear that climate change poses one of the key challenges for global economic development and human well-being and may put peace and security at risk, as natural resources such as water, food, and energy become scarce. Alongside these scarcities, slower onset changes in weather, and extreme weather events such as floods and storms, are predicted to lead to an increase in migration movements. Africa is projected to experience some of the worst climate-related impacts and security threats.

On 6 December 2011, over 90 decision makers and experts attending the United Nations Framework Convention on Climate Change, 17th Conference of the Parties (COP17) joined a panel discussion titled Climate Change Adaptation, Conflict and Cooperation: A Diplomatic Approach for Africa? in Durban, South Africa. The event was organised by the African Centre for the Constructive Resolution of Disputes (ACCORD) and OneWorld Sustainable Investments, supported by the British High Commission to South Africa, the Swedish International Development Cooperation Agency (Sida) and the Royal Norwegian Ministry of Foreign Affairs.

The panel discussion highlighted the importance of emphasising cooperation and action at all levels – from local to interstate and including civil society, policy makers and scientists – to prevent and mitigate potential climate change-related conflicts. Addressing the human security-related threats arising from climate change requires adaptation approaches that are multi-disciplinary and conflict-sensitive. In addition, national security issues should be addressed through engagement in diplomatic approaches and other consensus building measures for the continent. To these ends, increased engagements and more platforms are needed to ensure better articulation of the voice and authority of Africans in shaping the global discourse and interventions on climate change and security. At the same time, increased understanding of the linkages between climate change and everyday forms of security such as food, water and energy security needs to be deepened to facilitate targeted solutions as well as support informed debates on the issue. Finally, a critical element of conflict-sensitive adaptation will be to address the range of cross border issues (such as shared water basins, the movements of pastoralists across borders, and migration) that will require a shift in focus from national interest to global responsibility. 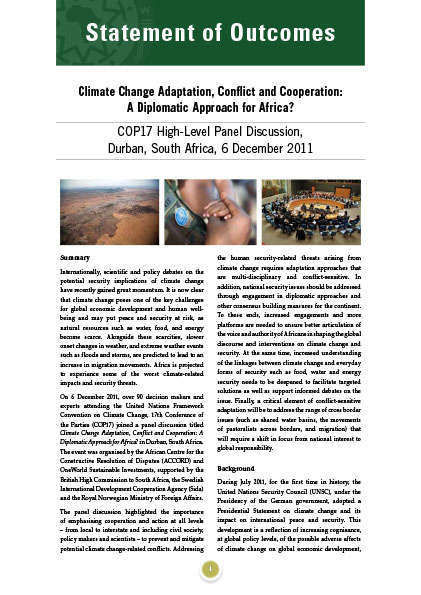 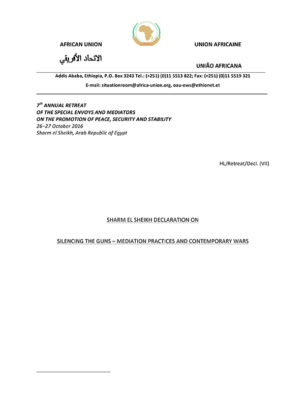 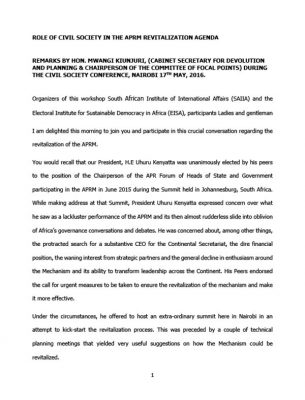 Role of civil society in the APRM revitalization agenda 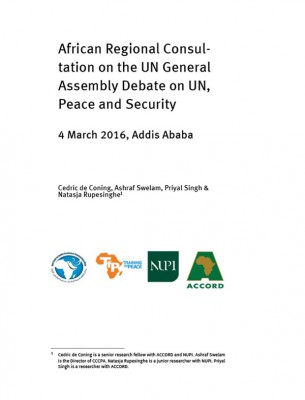 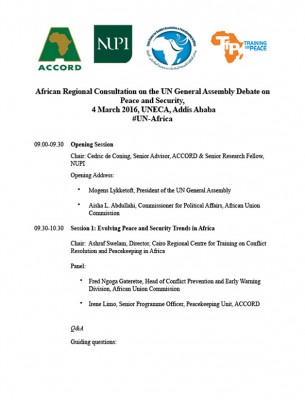 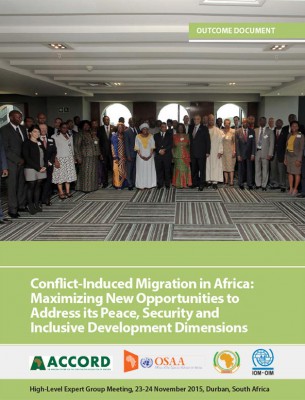 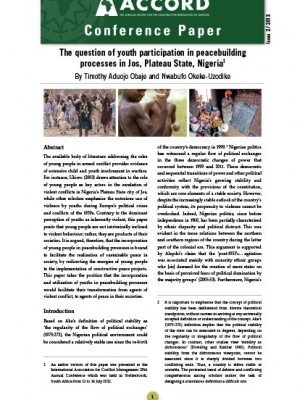 The question of youth participation in peacebuilding processes in Jos, Plateau S… 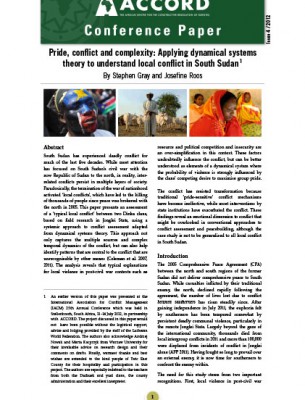 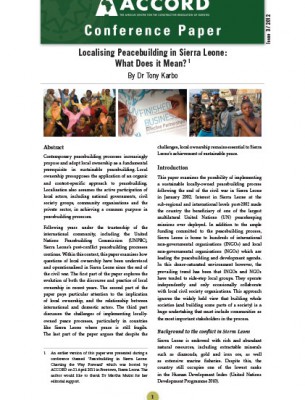 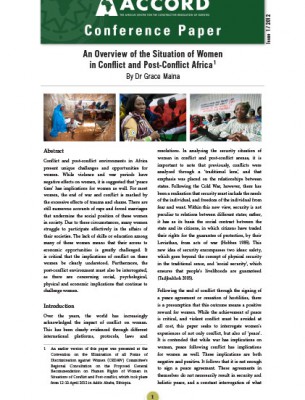