Getting it Right in Southern Sudan

The anticipated January 2011 independence referendum in Southern Sudan with its possibility of inaugurating a new state in Africa has engaged and excited local, regional and international attention in recent time. It is not surprising that most commentators and direct stakeholders have tended to focus more on the immediate mundane issues of whether or not the referendum should be held as scheduled; whether or not President Omar Bashir’s government is likely to honour the outcome of the referendum; who gets what in the post-referendum asset-sharing; and issues of boundary demarcation.

These are all important issues that, without doubt, could easily spell a return to armed conflict if they are handled incorrectly. It is rather surprising, however, that there has been little or no discussion on the underlying political economy of Sudan as a fragile rentier state and how this could affect the state if it is partitioned, especially the future of the long-embattled south that, for understandable reasons, seems enthusiastically set on the course of sovereign statehood. This paper analyses the conflict between Sudan’s north and south within the framework of rentier state theory, and makes proposals for addressing some of the key problems surrounding the forthcoming independence referendum and possible statehood of the south. The paper argues that fragile rentier states such as Sudan are structurally susceptible to fragmentary conflicts. The observed tendency towards structural fissure and implosive fragmentation is a virus that could threaten the security and stability of Southern Sudan if the dysfunctional political economy of rent that infests the larger Sudanese state is not constructively redressed. 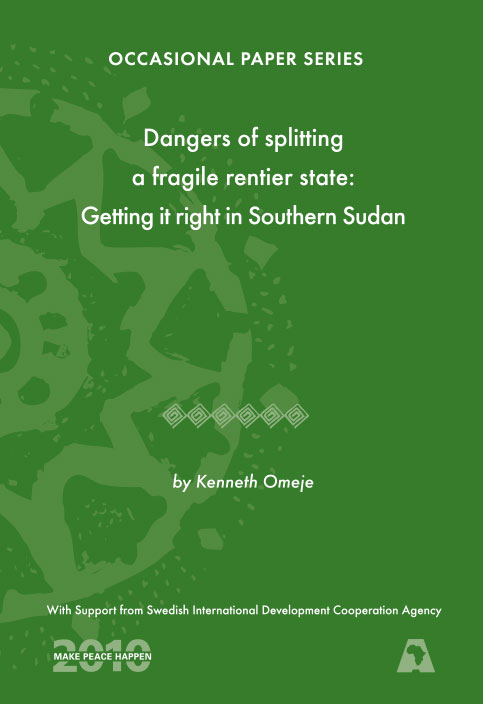