When the Kivus sneeze, Kinshasa catches a cold

The current instability in the Democratic Republic of the Congo (DRC) can be traced back to late former President Mobutu Sese Seko’s rule during the late 1980s. The country’s economic depression was exacerbated by the end of the Cold War in 1991, leading to disengagement with the international economic and political system. The DRC has been the source of numerous conflicts over many years. The 1990s saw the country’s peace and security degenerate further, creating challenges that continue to preoccupy the world today. In recent times, the epicentre of the violence in the DRC has been North and South Kivu (the Kivus). The dynamics in the two provinces are complex, causing the Great Lakes region to be characterised by huge human security challenges. This paper aims to contribute to a better understanding of the linkage between the conflicts in the Kivus and persistent periodic instability in the DRC. It delves into and critiques post-crisis recovery efforts implemented in the country since the end of the Second Congo War. The paper concludes that, among other strategies, resolving the various conflicts in the DRC depends on understanding the causes of specific clashes, such as those in the Kivus, as this can contribute to the uncovering of sustainable solutions to armed confrontation. The paper offers proposals which, if implemented, could contribute to moving the Kivus, and by extension the DRC, beyond intractability.

Download the English version of this occasional paper here. 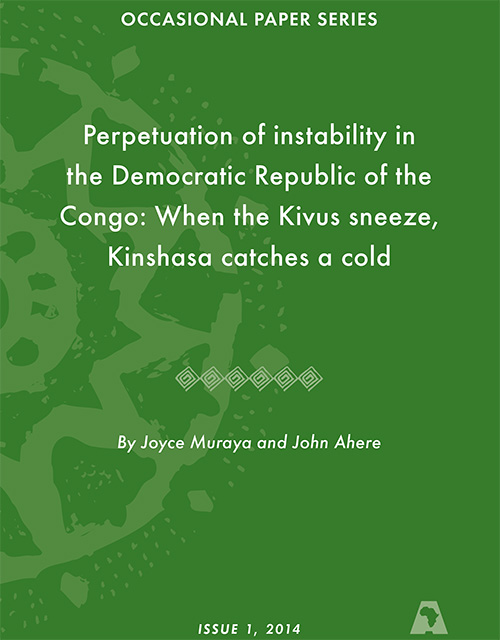