During the COVID-19 crisis ACCORD's analysis is focused on the impact of the pandemic on conflict and resilience in Africa.

Welcome to the first ACCORD Conflict & Resilience Monitor for 2022. The Monitor series will continue to offer blog-size commentary and analysis on conflict and resilience trends in Africa, but it will broaden its scope beyond its previous focus on COVID-19 related peace and security risks. The Monitor is also shifting from a weekly to a monthly publication, which will enable us to invest more time in curating a quality collection of thought pieces every month.

We kick-off this edition of the Monitor with an article from our founder and executive director, Dr. Vasu Gounden which interrogates the implications of the current world dis-order for Africa and discusses opportunities for leaders to respond. In this piece, Dr Gounden argues that, “African leaders therefore owe it to their people, and have a responsibility, to act in the best interest of their people and not to acquiesce to the overtures of external interests for their own narrow political or personal interests”.

Related to this comparison with the Cold War, Dr. Solomon Dersso cautions Africa to prepare for a new Cold War in our second article. He argues that during the last Cold War, African nations were trapped in the middle, forced to choose sides as the United States and the Soviet Union sought to expand their respective spheres of influence. He makes a case for Africa needing to be better prepared to fend for itself in the context of a changing global order.

This past weekend the 35th African Union (AU) Summit took place in Addis Ababa. It was the first in-person summit since the outbreak of COVID-19 and it also marked the 20th anniversary of the AU. In our third piece, Professor Jo-Ansie van Wyk reviews the key issues that were discussed at the summit, and analyses some of the implications for the AU’s priorities in 2022.

Dr. Salim Ahmed Salim recently celebrated his 80th birthday. In our fourth contribution, Ambassador Said Djinnit pays tribute to him for his exceptional contribution to his home country Tanzania, the United Nations (UN), and more particularly in shaping many a crucial moment in the life of the Organisation of African Unity (OAU).

The African Union Mission in Somalia (AMISOM) is on the cusp of transforming into a new African Union Transition Mission in Somalia (ATMIS). In our fifth piece, the Special Representative of the Chairperson of the AU Commission for Somalia and Head of Mission of AMISOM, Ambassador Francisco Madeira reflects on the legacy of AMISOM and the key drivers that will influence the focus of the new mission.

In our sixth piece Hannah Ryder and Ovigwe Egeugu analyse China’s growing role in peace and security in Africa, and how China’s role is perceived by Africans and African institutions and governments.In our final contribution, Fatan Aggad discusses the partnership between the AU and the European Union (EU), and the avenues for AU-EU co-operation in the area of climate change.  She points out that Africa has significant, but under-exploited, renewable energy potential, especially in the solar and hydrogen areas, and that through appropriate financing, the EU could play a role in tapping into this potential and that the AU-EU Summit could lay the ground for such a partnership. 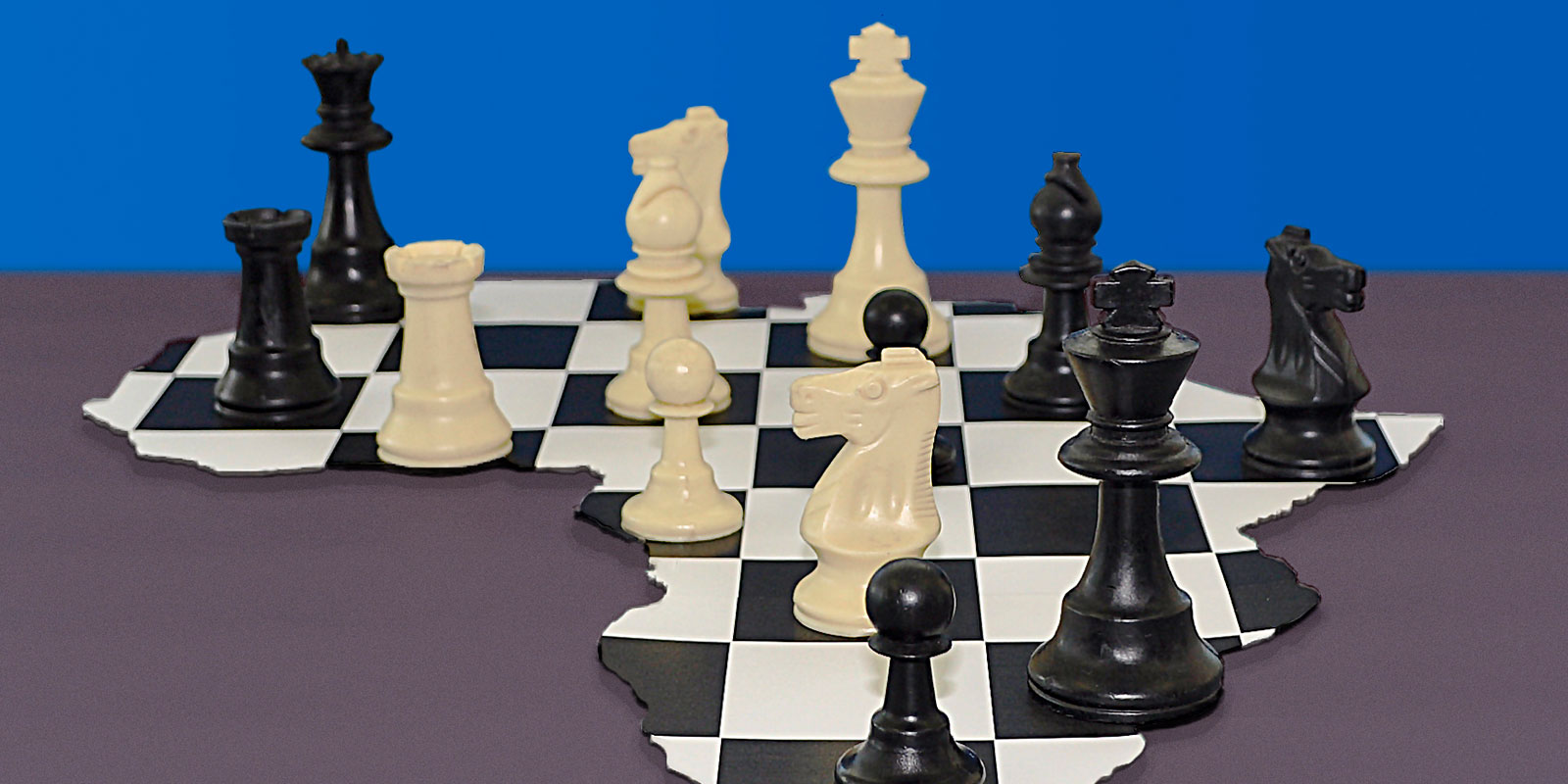 A new cold war is emerging, characterised by a new arms race, space race, cyber-technology race, and an age-old race for land, resources, and influence. Once again Africa finds herself a pawn…this time in an emerging new world dis-order. 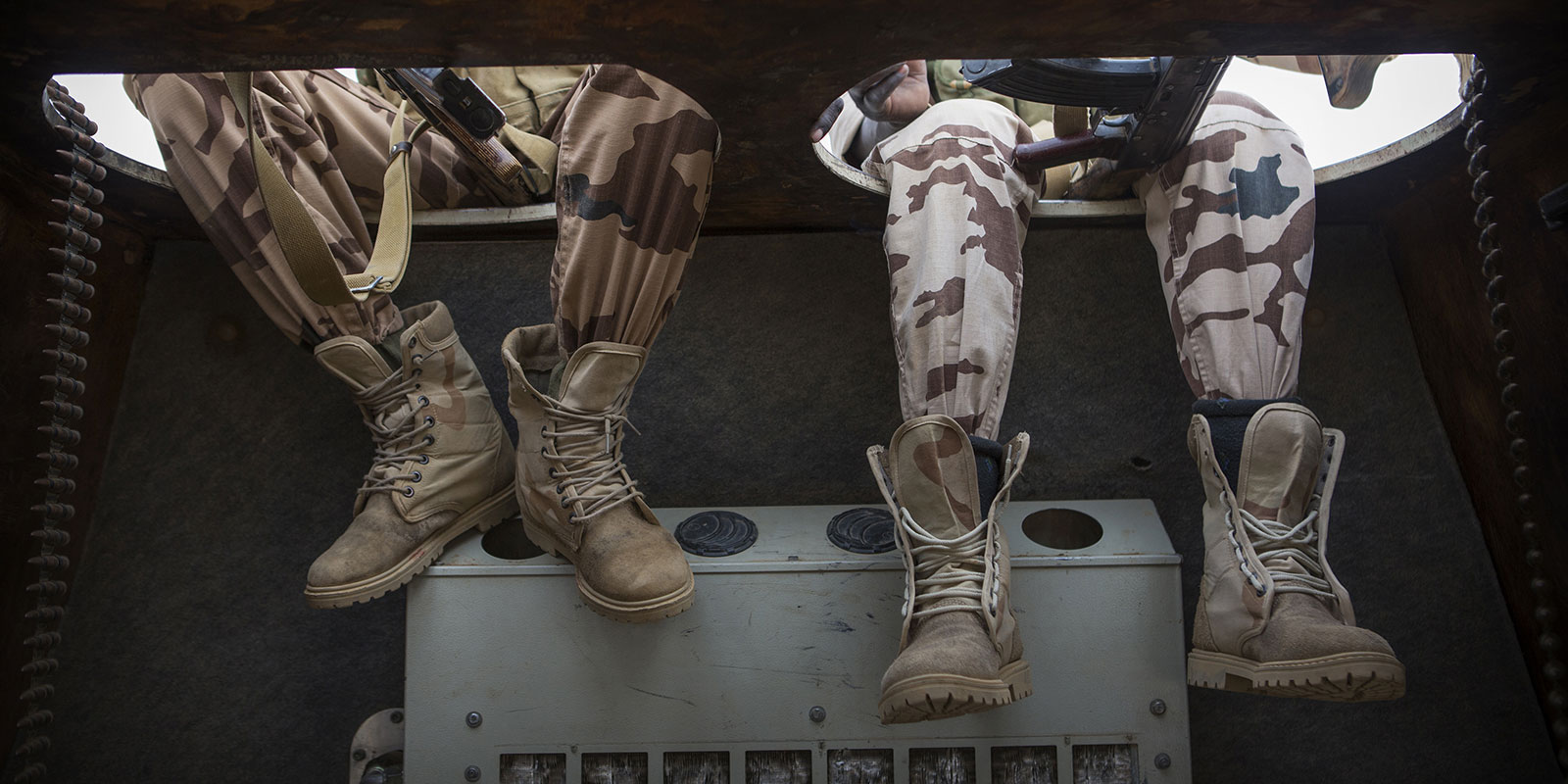 Brace yourselves for a new Cold War

During the last Cold War, African nations were trapped in the middle, forced to choose sides as the United States and the Soviet Union sought to expand their respective spheres of influence. When it ended, Africa was largely left to its own devices; to “fend for itself ”, in the words of the late Kofi Annan. 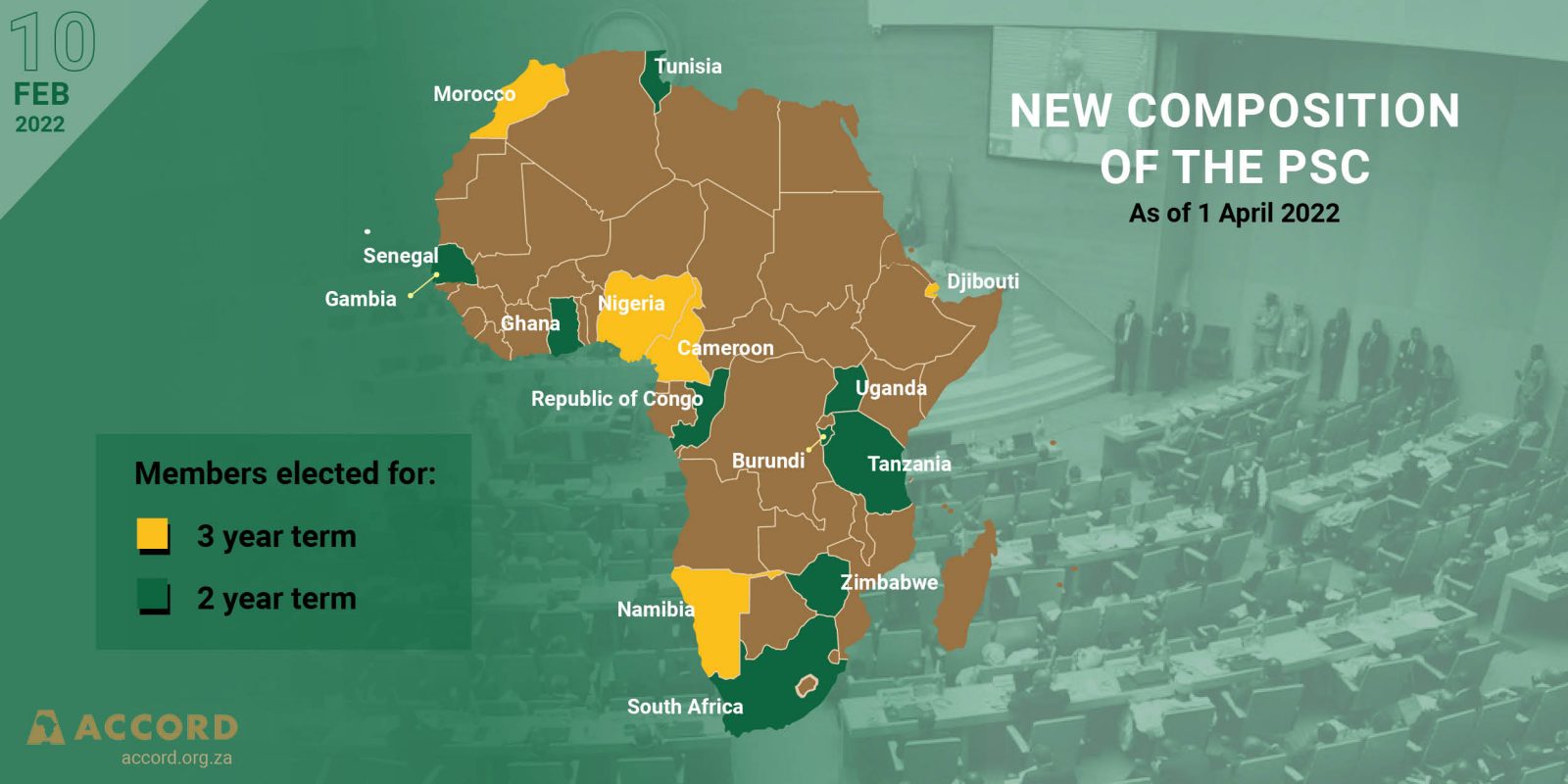 Key decisions and issues emerging from the African Union Summit

The 35th African Union (AU) Summit in February 2022 marked the 20th anniversary of the AU. African leaders met at a particularly trying time for the continent. The continent had experienced six coups and attempted coups (Burkina Faso, Chad, Sudan and Guinea, and an attempted coup in Guinea Bissau just prior to the summit) during the past 18 months with simmering and enduring conflicts in, for example, host country Ethiopia and Mozambique. In addition to this, four AU members have been suspended due to unconstitutional changes of government. 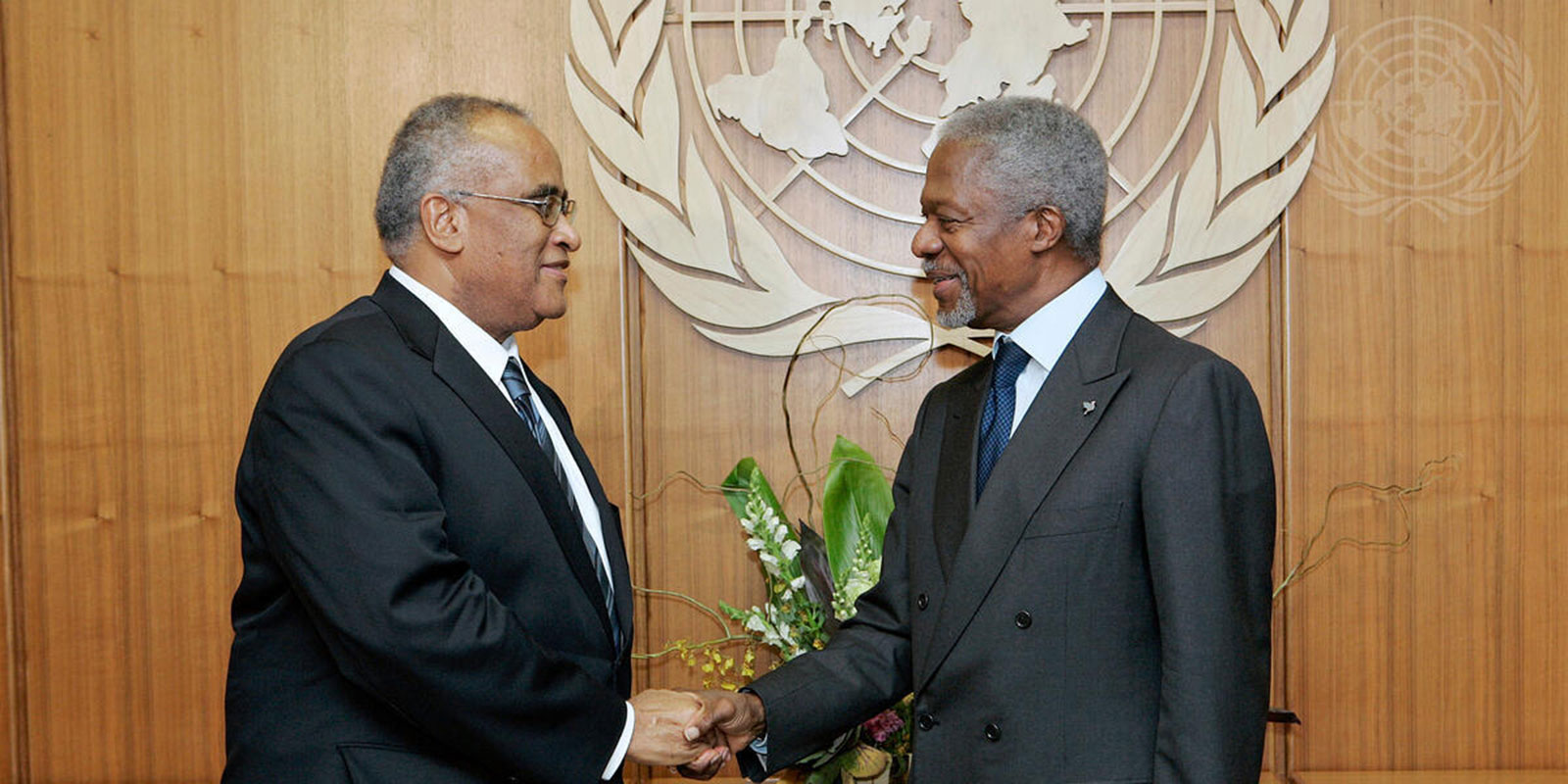 On the occasion of Dr. Salim Ahmed Salim’s 80th birthday, many of his friends took part recently in an online celebration and paid tribute to him for his exceptional contribution to his home country Tanzania, the United Nations (UN), and the Organisation of African Unity (OAU). Some highlighted Salim’s role in support of decolonisation, especially during his tenure as the Chairman of the UN Special Committee on Decolonisation from 1972 to 1980. Others commended his successful and unprecedented three terms at the helm of the OAU. In this article, I would like to succinctly give my testimony on the period of his professional life that I know best, having assisted Salim for 12 years at the OAU as his Chief of staff for ten years and then as the Assistant Secretary General in charge of political affairs. 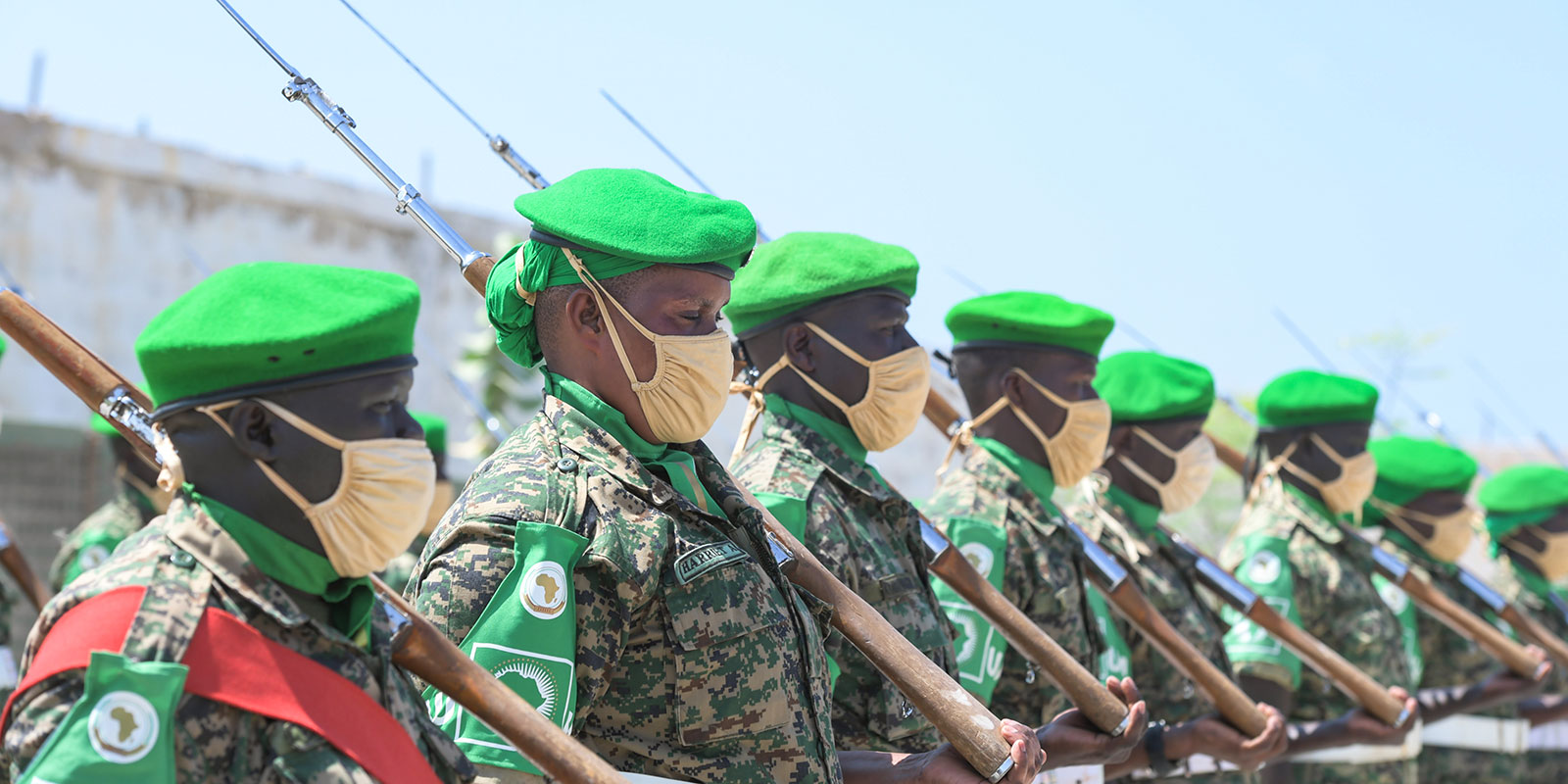 Exit of AMISOM: Consolidating Gains and Charting New Trajectories in the African Union Presence in Somalia

The African Union Mission in Somalia (AMISOM) was a child of necessity, birthed in the context of an exacerbated Somali conflict and the emergence of the Islamic Courts Union (ICU) in 2006 as the dominant force in the fight for the control of Mogadishu. Thus, the IGAD Peace Support Mission in Somalia (IGASOM), originally conceived as a protection and training Mission by both IGAD and the AU deployed to Somalia in 2006, gave way to AMISOM, via the AU Peace and Security Council (PSC) Communique, PSC/PR/Comm (LXIX) of January 19, 2007. To underscore the oneness of purpose between the AU and the UN on the matter, the UN Security Council (UNSC), through Resolution 1744 of 2007 endorsed the PSC decision and authorized the deployment of the Mission in Somalia. 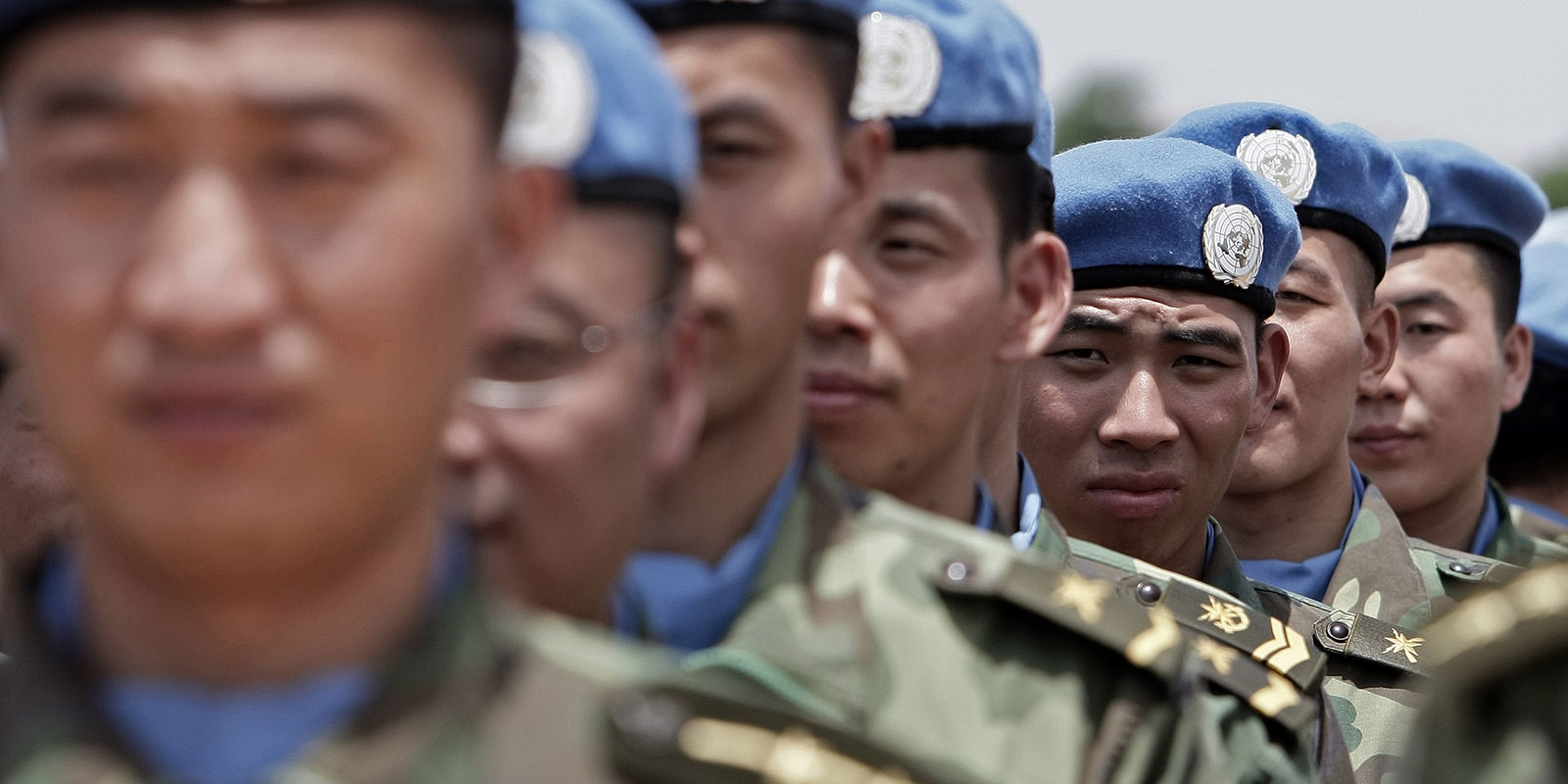 Africans Welcome China’s Role in Peace and Security, but are Pushing for Greater Agency and Responsibility

Wang Yi, the eighth-ranked member of China’s State Council and Minister of Foreign Affairs, was back in Africa in January, barely two months after joining African leaders at the 8th Forum for China Africa Cooperation (FOCAC) Summit held in Dakar, Senegal towards the end of November 2021. The visit marked a 32-year tradition of Chinese leaders making Africa the first overseas trip of the New Year. Peace and security were high on his agenda, marked by among other things the announcement that China would appoint a Special Envoy for the Horn of Africa and work towards a Regional Peace Conference. 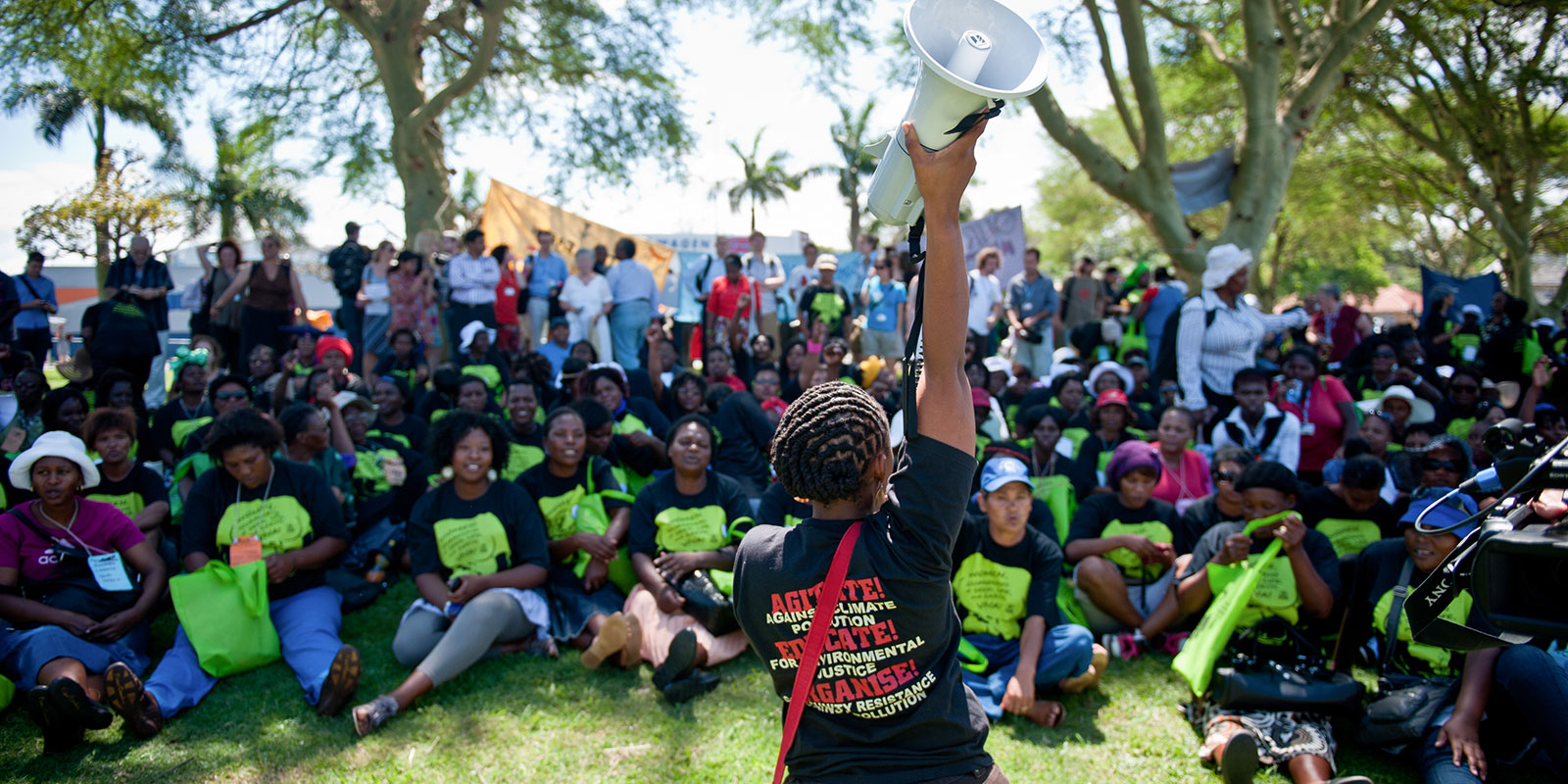 It has been a bit more than four years since African and European leaders met at the African Union – European Union Summit in the Ivorian capital, Abidjan. Four years during which the context of the partnership changed significantly. What were then emergent trends were accelerated by the COVID-19 pandemic to become immediate realities. This month, leaders will meet in a different context, characterised by a global health crisis that has had a significant economic and socio-economic impact on African countries and their populations, heightened geopolitical tensions and a global trade and financial system that is still finding its way to recovery (or reform).

Does any of this information look incorrect to you, or do you have anything to share from your experience on the ground in an African country?

If so, please complete our contact form – we would love to hear from you!

ACCORD recognizes its longstanding partnerships with the European Union, and the Governments of Canada, Finland, Ireland, Norway, South Africa, Sweden, UK, and USA.