This article analyses the humanitarian crisis in north-eastern Nigeria and explores practical steps that the affected communities and humanitarian agencies in the region can take to facilitate relief, repatriation and reconstruction efforts. A brief description of the regional and political context is first provided as background information for the discussion that follows. 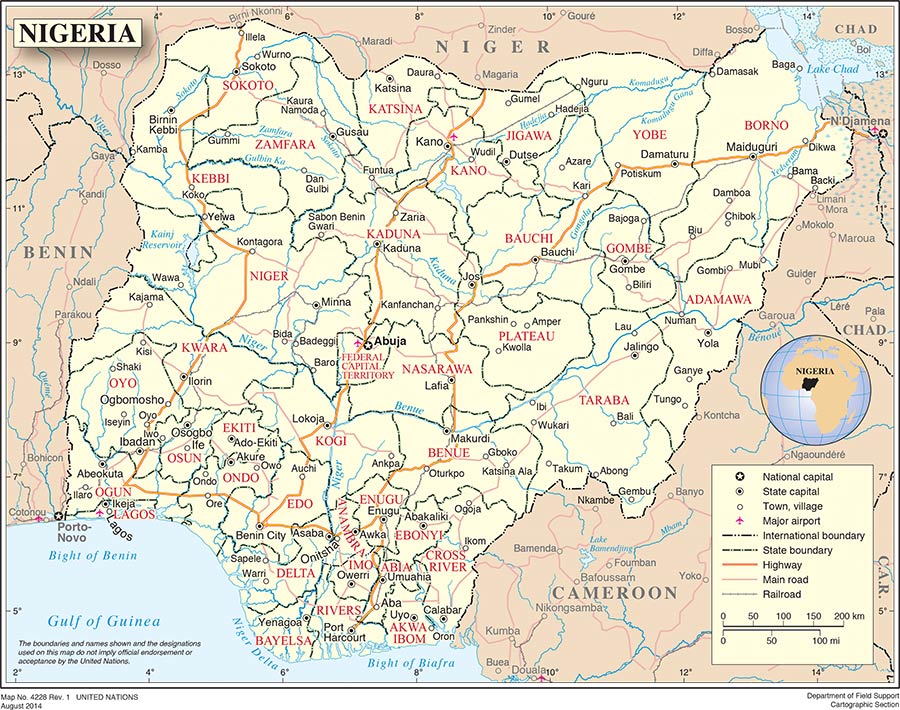 The Context and Purpose of the Inquiry

At the point of its founding in the early 2000s, Boko Haram – which means “Western education is prohibited” in Hausa – was an Islamic group committed to fighting unjust and corrupt political rule and establishing an Islamic state in northern Nigeria under Sharia (Islamic) law. Its official Arabic name, Jama’tu Ahlis Sunna Lidda’awati wal-Jihad, means “People Committed to the Propagation of the Prophet’s Teachings and Jihad.” Under the leadership of its founder Mohammed Yusuf, his associates at the Al-Haji Muhammadu Ndimi Mosque in Maiduguri (the capital of Borno State) organised themselves into a powerful Islamic movement. Boko Haram soon established its strongholds in Borno and Yobe states and expanded its decentralised network of followers in Bauchi, Kano and other northern states.

A critical turning point for Boko Haram’s popular movement came in the summer of 2009, when violent clashes broke out between Boko Haram and the military in Maiduguri against the backdrop of the government’s deepening resolve to curb Boko Haram’s influence. During the course of the escalating conflict, Boko Haram systematically attacked police headquarters, stations and officers. The military retaliated and hundreds of people were killed – mostly Boko Haram members – and Yusuf and other leaders of the group were captured. The police summarily executed Yusuf at their headquarters in Maiduguri, making him a martyr and a cause of Boko Haram’s long-standing insurgency campaign. Abubakar Shekau, the group’s second-in-command, succeeded Yusuf and, since 2010, significantly expanded its campaign of violence and retaliation. Demanding that the government restore the group’s destroyed mosque, bring the killers of Yusuf to justice and release detained group members, Boko Haram began an all-out war against the police, military and government offices and personnel. Boko Haram subsequently expanded the scope of its targets to what it viewed as sympathisers of its enemy. Its new targets included Christians, critical Muslims, traditional leaders, United Nations (UN) agencies, schools, bars and health workers providing polio vaccinations.1 Since 2009, an ever-growing cycle of insurgency and counter-insurgency attacks has claimed tens of thousands of lives on all sides. Moreover, Boko Haram’s attacks and the military’s responses to these attacks have claimed many lives in Cameroon, Chad and Niger – three countries that share the conflict-affected Lake Chad basin with Nigeria.

Humanitarian consequences of the violence have been unprecedented and catastrophic. According to a UN report published in November 2016,2 Boko Haram’s violence and military counter-operations displaced 1.8 million people internally and drove an additional 190 000 people into neighbouring countries. Of the combined population of 26 million people in the conflict-affected north-eastern Nigerian states, 14 million people – or 54% of the population – are in need of humanitarian assistance in such areas as health, nutrition, shelter, water and education. Approximately five million people are facing food shortages, and this number is likely to increase in years to come. Borno, Yobe and Adamawa are three of the most severely-affected states in terms of the magnitude of the humanitarian crisis.

Given the long-standing political grievances that gave rise to the current humanitarian and security crisis, an effective response must include long-term government–civil society collaboration in devising a political solution to the root causes of the insurgency. Elements of such a political solution include accountability in the delivery of justice and law enforcement; inclusive governance; a development policy that ensures improved resource access and employment; reformed systems of secular and religious education; and a community-based participatory process of truth-telling, intercommunal reconciliation and trauma healing. While these are all important long-term steps, an immediate task that must be undertaken is to overcome the humanitarian crisis caused by the displacements. With the military gains that the Nigerian security forces recently made in the north-eastern areas that Boko Haram once controlled, the focus of crisis management is now shifting toward the repatriation of displaced people hoping to return to their deeply divided home communities.

It is against this background that field research was conducted in June–July 2016 in Maiduguri and Yola, the capital city of Adamawa State. Both cities, and their neighbouring towns and villages in which the field research was conducted, were severely affected by the insurgency and displacement. Focusing on the challenges and needs of the internally displaced persons (IDPs), data collection for the research consisted of in-depth interviews and focus-group discussions with both males and females, youth members and leaders of displaced communities, government personnel in charge of official IDP camps, the police mobilised for peacekeeping, and representatives of humanitarian agencies serving the displaced communities. Central findings and recommendations from the research focused on two main questions:

In the context of north-eastern Nigeria’s IDP settlements and their host communities, conflict-sensitive humanitarian support requires sensitivity to the ethnolinguistic, tribal and regional differences that the displaced people have brought from the conflict-affected home regions in which they once lived. Conflict-sensitive support also requires building mutual trust and fairness between the government agencies supporting the IDPs and the IDPs themselves with respect to government action in the provision of shelter, food and other basic needs.

The two sets of recommendations derived from the field research correspond to the two questions that guided the research:

The remainder of this article elaborates on these two recommendations. The discussion draws on the findings from the field research. It also builds on the practical experience of the author, who worked with Nigerian humanitarian support professionals in the north-eastern region as their conflict resolution trainer.

Across different types of government-supported formal IDP settlements and informal settlements outside the government’s preview, overlapping characteristics of community-based practices in dispute settlement were identified. A clear understanding of these community practices is a prerequisite for making a sound judgement about what the strengths of these practices are, as well as what additional steps the communities will need to take to meet their unprecedented humanitarian crisis. In broad outline, these characteristics of community practices can be summarised as follows:

To the extent that these traditional community-based practices, with or without state support, have been used for a long time, it is neither feasible nor desirable to introduce any form of outside interventions that encourage the communities to suddenly depart from their familiar practices in arbitration. However, it must be noted that many of the disputes arising at these IDP camps and in their host communities are unprecedented and unfamiliar to both the IDPs and their host communities. The unprecedented nature of the disputes is illustrated by their devastating experiences of displacement, deprivation, severe collective trauma and ethnic tensions. These devastating experiences have contributed to the rise of highly complex protracted conflicts that the traditional practices of arbitration alone may not be able to handle. Such observations of the communities’ challenges support the need to introduce culturally sensitive ways of capacity-building that enable these communities to handle their disputes more effectively. Given this background, qualified Nigerian and international professionals in humanitarian assistance and peacebuilding should consider providing these communities with capacity-building opportunities in the following three areas:

One way of introducing these and other useful skills is to perform an engaging skit on a concrete scenario of conflict with which they are familiar. The skit can introduce the useful skills previously mentioned and help community members prepare for participatory dialogues on the practical application of the skills.

It must be emphasised that an increase in the awareness and capacity of community leaders, elders and members to handle conflicts peacefully and to prevent conflicts from escalating into systematic violence will contribute significantly to their repatriation. One way of motivating them to learn basic skills in the diagnosis and resolution of community-based conflicts is to link these skills explicitly to their deep aspiration to return home. Doing so can also help them fulfil their desire to restore peaceful coexistence in their home communities upon return.

The IDP communities’ expanded capacity to resolve disputes on their own can help rebuild relationships and livelihood upon their return to their home towns and villages. However, given the enormity of the scale and complexity that the repatriation movement in north-eastern Nigeria entails, additional capacity-building aimed specifically at facilitating intercommunal confidence-building and coexistence is needed on a much larger scale. These efforts for capacity-building must increase the returnees’ ability and self-confidence to ensure their security. The efforts must also help restore functional relationships with those whom the returnees suspect to be Boko Haram sympathisers back home. Overall, these efforts are imperative because under the existing circumstances of tension and mistrust, minor disputes can quickly escalate into large-scale violence.

The fragility of relationships between the returnees and their home communities calls for conflict-sensitive repatriation planning and support. In north-eastern Nigeria, the affected communities, involved government agencies and humanitarian support organisations should not only refrain from doing any harm to the social contexts in which repatriation takes place, but must also proactively incorporate the basic principles of conflict prevention and resolution into humanitarian and development assistance to facilitate conflict-sensitive repatriation. An observation of humanitarian activities on the ground, however, suggests that conflict prevention and resolution is either missing or failing to be mainstreamed sufficiently. To fill this gap, the stakeholder communities and organisations must consider sustained, well-funded efforts to build the returnees’ and home communities’ capacities and awareness in the following four interrelated areas:

The four examples of community-based practice described – practical reconciliation, functional coexistence, mediative processes and collective reparation – suggest practical ways in which social conditions conducive to IDPs’ peaceful repatriation can be developed. These activities also seek to enable the IDPs to rebuild relationships and livelihoods, either in their home communities or in new communities in which they may choose to settle. Either way, to make their transition peaceful and successfully prevent intercommunal violence, effective coordination between the IDPs, their host and home communities, law enforcement and security forces, civilian government institutions, humanitarian agencies and other stakeholders involved, is essential.

Based on the field research conducted in north-eastern Nigeria, this article explored concrete steps to expand the capacity of IDPs and conflict-affected communities to prevent and resolve conflicts. It also explored practical means by which to enable IDPs to return home peacefully and fulfil their basic needs for livelihood, security and reconciliation. The overarching theme of the article was conflict sensitivity – a form of humanitarian and development practice that utilises conflict assessment to minimise harm and maximise positive impact on the social context of intervention.

An essential requirement for conflict-sensitive repatriation and development that the interviewees in this study highlighted is the communities’ trust in the provincial and federal governments’ commitment to providing security and resource support. The widespread perception and discontent among the IDPs and conflict-affected communities about the authorities’ illicit activities in diverting food and other humanitarian supplies from IDP camps are severely undermining the authorities’ capacity to facilitate repatriation. To overcome this long-standing challenge, ethical and visionary political leadership is urgently needed. Immediate practical steps for government authorities to regain public confidence include making a firm public commitment to upholding humanitarian principles to serve conflict-affected communities in dire need of assistance. 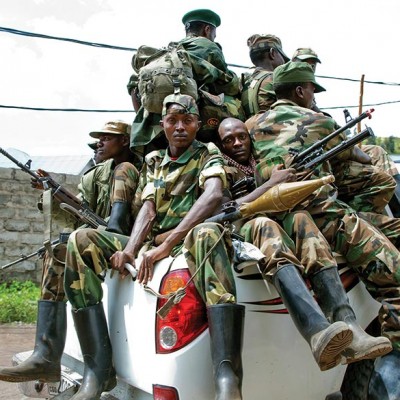 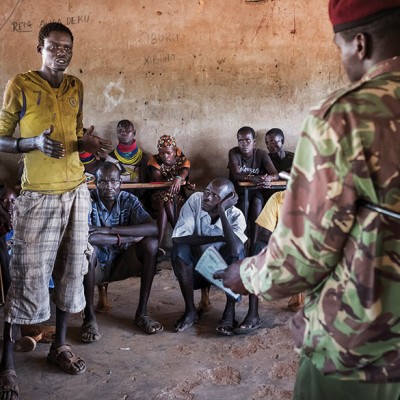 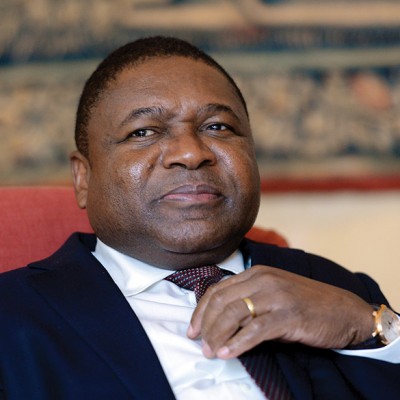 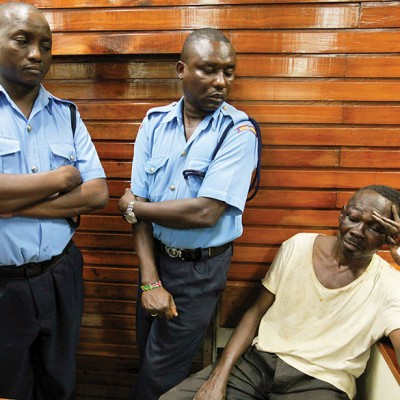 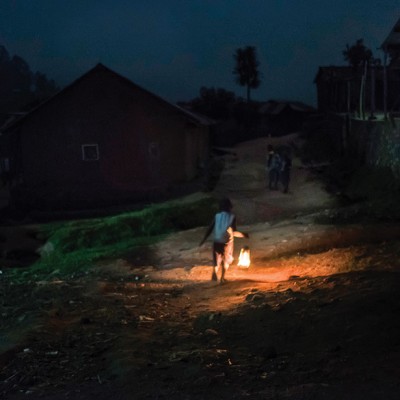 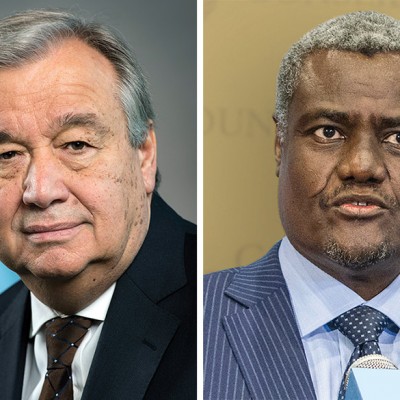