On 7 July 2021, the former President of South Africa, Jacob Zuma, turned himself over to prison authorities to begin a 15-month sentence handed down by the Constitutional Court. Zuma received the sentence for failing to obey a court order to appear before an official inquiry investigating corruption allegations. His incarceration set off an unprecedented wave of protests and rioting.

Major highways were barricaded and long-haul trucks were burnt along the main arterial road from the port city of Durban to the economic heartland of Johannesburg in an attempt to destabilise supply lines and cripple the already weak economy. This was followed by six days of rioting and looting of businesses in and around Durban and Johannesburg, which led to the death of over 300 people and the destruction of commercial property and goods with a value of R50 billion (US$3.3 billion).[1]

The sheer scale and pace of the destruction are unprecedented in a democratic South Africa and left a grossly unprepared security apparatus paralysed. The local police and intelligence services were found wanting when it came to anticipating and responding to the chaos, prompting President Cyril Ramaphosa to deploy the military to arrest the situation. In the absence of the police, citizens armed themselves and hired private security to protect their property and families.

On 1 November 2021, South Africans went to the polls to elect representatives for local government. The voter turnout was the lowest it has been in years. The ruling African National Congress  (ANC), previously headed by the late Nelson Mandela, gained less than 50% of the votes for the first time since it took power in 1994.

The incidents in July and the November election results have implications for the future of democracy in South Africa and the rest of Africa. The initial violent protests, which were believed to be orchestrated, quickly escalated into widespread looting and rioting driven by a number of factors. These include the failure of successive governments to deal with an exponentially growing population that is rapidly urbanising into an apartheid-era spatial development that accentuates race and class. It was also driven by the slow-growing economy that does not create jobs or meet the developmental needs of its growing population. The consequences are increased poverty, unemployment, and inequality.

The inability of the police to deal with the riots over six days further eroded any trust that citizens and the private sector had in the government to provide them with security. Resorting to private arms leads to a more securitised and militarised country, with the police competing with private security and citizens for a monopoly on arms and violence. In addition, the rise of vigilantism, which resulted in some of the killings, had racial overtones that threatened the fragile social cohesion that exists in South Africa’s multi-racial, multi-ethnic society with deep class fissures.

South Africa is arguably Africa’s most advanced and sophisticated economy. It has delivered regular free and fair elections, and thus far, it has been relatively stable. However, its failure to address the deep structural challenges inherited from apartheid and roll back poverty, create employment, and narrow the inequality gap will continue to threaten its stability. The State, which oversees a deteriorating public service, including a police service that has serious challenges in maintaining law and order, is fast losing the trust and confidence of its citizens. This will lead to an electorate that, as in other parts of the world, either disengages from exercising its democratic right to vote or will, in its vote, prioritise stability over democracy.

This move to the right begs the question of whether democracy is delivering or dying. The situation in South Africa is a microcosm of what is prevailing in the rest of Africa. Three decades of neoliberal democracy have seen small groups of political and business elites benefiting by exploiting state resources through a system of corruption and cronyism under the guise of democracy. The marginalised majority have continued, over these three decades, to live in hope.

However, it is now increasingly clear that this hope is turning to frustration and desperation. People are taking to the streets to remove governments or turning to radicalised extremists or criminal syndicates to meet their basic needs. In response, we have seen a steady move to authoritarianism, either through the centralisation of power by force or the removal of governments and the subsequent centralisation of power by the military.

South Africa is not in danger of being replaced by an authoritarian government or the military anytime soon. However, if nothing changes, it will steadily move on this trajectory. South Africa will, therefore, have to make difficult choices in how it configures the social compact to maintain stability and democracy and ensure rapid development. It has a choice to continue along its neoliberal path in the hope that this will eventually deliver inclusive development, or like several African countries, it can shift focus towards the Chinese model of developmental authoritarianism in the hope of attaining stability and development. A third option may be for South Africa and other African countries to forge their own social compact that ensures development and democracy, creating the conditions for stability. Such a social democratic compact has been successfully implemented in Nordic countries with exceptional results for democracy, development, equity, and stability. 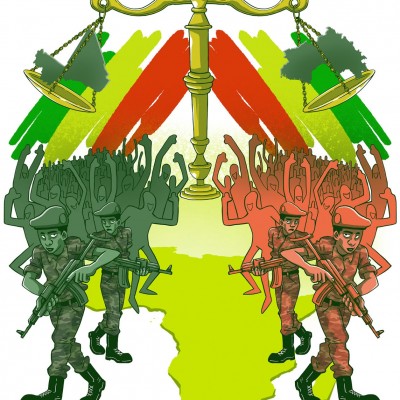 A New Coup Era for Africa? Political Reforms and Implications for Democracy and Instability in West Africa: The Way Forward for ECOWAS and Member States 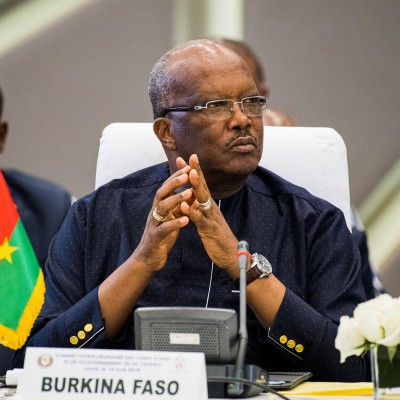