Vasu Gounden is the Executive Director of the African Centre for the Constructive Resolution of Disputes (ACCORD) which he founded in 1992. He is a lawyer, mediator, and an experienced conflict management practitioner and trainer.

Vasu studied at the University of Durban-Westville (UDW) where he obtained his LL.B. He was President of the Students Representative Council (SRC) at UDW during the State of Emergency in 1985/6. He practiced as a human rights and trade union lawyer. He holds a Masters degree in law (LLM) from Georgetown University in Washington DC, which he obtained under a Fulbright Scholarship in 1990 specialising in international negotiations, mediation and arbitration. In 1990 he served as a Senior Fellow at the National Institute for Dispute Resolution in Washington D.C. In 2000 Gounden completed the Senior Executive Programme of the Harvard and Wits Business Schools. In 2016 the University of KwaZulu-Natal, South Africa, conferred an honorary Doctorate of Social Sciences on Gounden for his work in the field of peace and security over the last twenty five years.

Gounden has been involved in preparing conflicting parties across Africa for negotiations, including rebel groups in Burundi and the Democratic Republic of the Congo (DRC). He has provided mediation support to the facilitators of the Burundi Peace Process, which included former President Nelson Mandela, President Jacob Zuma and Minister Charles Ngcakula, and has served as an advisor on mediation strategy to former President Ketumile Masire on the InterCongolese Dialogue Peace Process. Mr. Gounden was appointed as mediation advisor to the Deputy Minister of International Relations of South Africa who facilitated the recent Madagascar mediation.

Gounden was also involved in Palestine from 2005-2010 in an initiative led by ACCORD and the African National Congress (ANC), and funded by Sweden to share South Africa’s experience. The several initiatives, over a five year period, involved meetings with all the different Palestinian factions including Fatah and Hamas. The meetings were aimed at encouraging the various factions to seek consensus and present a united front in negotiations with the Israelis. Gounden has also been involved in a similar initiative over several years in Sri Lanka.

Apart from his professional commitments, Gounden also serves on several Boards. In 2001 Gounden was appointed by the Minister of Water Affairs and Forestry to serve on the Board of Umgeni Water. In 2005 Gounden was re-appointed to serve a second term in the capacity of Vice Chairperson of the Board and in 2009 was re-appointed for a third term. He also serves on the Boards of the Gandhi Development Trust; the Old Mutual Science Education Foundation (serving as Chair of the Board between 2009-2011); the International Advisory Board of the Finnish based Crisis Management Initiative; and the Council of the Dutch based InterChurch Organisation for Development Cooperation. He is also a member of the editorial board of the Peace and Conflict Studies Journal and serves on the advisory board for the Insight on Africa Journal. Past Boards on which Gounden has served includes the governing board of the former University of Durban-Westville, on the Council of the University of KwaZulu-Natal (UKZN), which resulted out of the merger between the University of Natal and the University of Durban-Westville; the International Center for Eyecare Education; the Artists for Human Rights; Alliance Française, Durban Chapter; and as a founding Board member on both the International Eco-Peace Village (Cyprus); the International Forum on Early Warning and Early Response (FEWER); the Hawaii based Centre for Global Nonkilling; and was a member of the International Advisory Board of the International Negotiation.

Mr. Gounden’s achievements led the World Economic Forum to elect him as one of their Global Leaders for Tomorrow (GLT). The GLT network represents the new generation of global decision-makers from business, Government, politics and civil society who have demonstrated responsible leadership vis-í -vis society, environment and socially responsible business.

In 2014 Gounden was appointed by the Premier of the Province of KwaZulu-Natal, South Africa, to serve on a Special Committee focusing on Social Cohesion, and by the South African Minister of Arts and Culture to serve on the Advocates for Nation Building and Social Cohesion Forum. He was also appointed by the Australian based Institute for Economics and Peace to the 2014 Expert Panel for the Global Peace Index and was appointed to serve on the SADC Mediation Experts Reference Group.

In 2015 Gounden was appointed by the Premier of the Province of KwaZulu-Natal, South Africa, to serve on a Special Reference Group on Migration and Community Integration in KwaZulu-Natal. He was also appointed by the Government of South African to serve on the South African Council on International Relations. On 11 April 2016 the Senate and Council of the University of KwaZulu-Natal (UKZN) conferred an honorary Doctorate of Social Sciences on Vasu for his distinctive service and significant contribution to Conflict Resolution and the discipline of Peace and Security globally. The university noted that under his guidance ACCORD is contributing to policy and conflict management capacity in the UN, the African Union, Africa’s Regional Economic Communities and national governments, and has developed into the largest Conflict Resolution organisation in Africa, making significant contributions to peace and security in Africa. 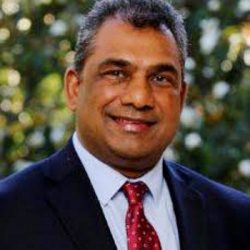 Mediating in a Time of COVID-19

The approaching storm: Social and political conflict in a post COVID-19 time

Reflections on the work of H.W. van der Merwe

By Vasu Gounden
TRANSLATE THIS PAGE