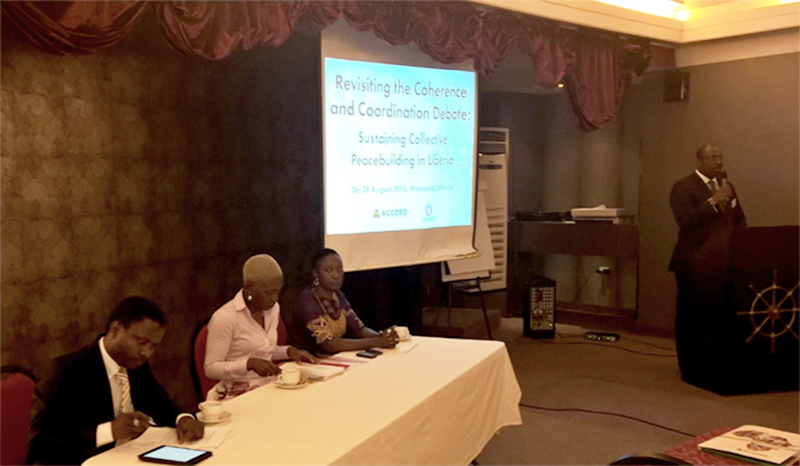 A workshop held with the goal of assisting peacebuilding operations and determining their efficacy in the post-Ebola era.

The workshop provided an avenue for reflection amongst integral peacebuilding actors in Liberia who shared experiences, learnt lessons and identified best practices that can foster better coherence and coordination of peacebuilding efforts in the country. Peacebuilding actors unpacked the current conflict context in Liberia to identify peacebuilding priorities amongst the already existing priorities. They discussed the status of the reconciliation process so as to review the Liberian government’s reconciliation and social cohesion efforts. The workshop created an informed platform for peacebuilding actors to analyse the current peacebuilding priorities in Liberia, and identified entry points for better synergy with partners. The workshop reflected on the status of cohesiveness of the Liberian population as well as peacebuilding actors and examined ways in which interventions have been and/or can be shaped to promote social cohesion between and among groups/communities. In light of the scheduled elections in 2017, the workshop also created a platform for reflection on strategies already in place and those that can be developed in order to contribute to a conducive electioneering period (pre; during, and post-election).

At the end of the workshop, ACCORD and Liberian peacebuilding actors prioritised feasible areas of engagement to contribute to peacebuilding efforts in Liberia. Thematic areas on which capacity building can be focused were identified; including highlighting areas to hold frequent broad consultations by peacebuilding actors so as to contribute to better coherence and coordination of initiatives. The workshop facilitated better coordination and information amongst stakeholders which enhance a common understanding on peace processes amongst peacebuilding actors. The level of interaction between stakeholders increased as each actor shared what they are working on and how they will come together and tailor their objectives respectively in achieving a particular goal. The workshop set the pace for CSOs to further work with the PBO in organizing upcoming initiatives. ACCORD will continue to work closely with the PBO as well as other peacebuilding stakeholders in Liberia through the APCP.

ACCORD hosts peacebuilding workshop in Kampala

ACCORD Hosts Peacebuilding Workshop in Liberia

ACCORD holds consultations on peacebuilding process in Liberia 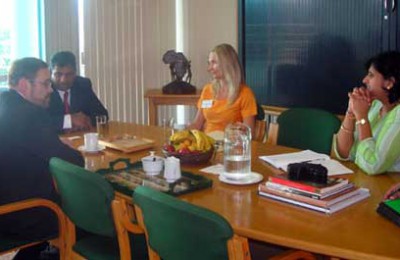 Visit to ACCORD by H.E. High Commissioner Rajiv Bhatia

ACCORD Conducts Field Research in Sudan

ACCORD and partners to launch African Alliance for Peace-Building

ACCORD to host GPPAC steering meeting
«
Site powered by THINKTEAM