What do Networks of Women Mediators mean for Mediation Support in Africa?

Discussing the emergence and role of networks for women mediators in light of ongoing efforts to implement UNSCR 1325.

To avoid the recurrence of patterns of marginalisation, oppression and neglected grievances that drive groups to conflict in the first place, an inclusive approach to conflict resolution is often considered key. The three United Nations (UN) peace and security reviews – conducted in 2014-2015 on peace operations, peacebuilding and the implementation of UN Security Council Resolution (UNSCR) 1325 – highlighted an inadequate recognition among member states and within the UN system of the potential of fully integrating a gender perspective into peace and security processes.1

The absence or low level of African women’s participation in mediation and at the peace table is the unfinished business of UNSCR 1325. The 1994 Kampala Action Plan on Women and Peace2 recommended the creation of a mechanism to facilitate the involvement of African women leaders in the prevention, management and resolution of conflict at the highest levels. Following such early commitments, women have mobilised for peace and participated in the processes in different countries such as the Democratic Republic of the Congo (DRC), Rwanda, Burundi, Kenya and Liberia, to name but a few. However, much more needs to be done to further realise the optimal benefits of having women as mediators, part of mediation teams, part of negotiating parties, as signatories, as observers and in other substantive roles in peace processes.

The capacities, expertise, lessons and good practices from the experiences of women mediators and women mediation experts can inform and strengthen mediation processes. However, there is a disconnect between the available mediation capacities of women and the formal and informal peace processes. There are efforts to bridge this, in some cases, through organised approaches such as networks and associations that bring the experiences of women in mediation to a common or/and shared platform, for ease of access and use.

This article discusses the emergence of and the role of networks for women mediators, and their impact in responding to needs and gaps associated with the different aspects of mediation support in Africa’s mediation efforts.

For peace initiatives to remain sustainable in the long term, women must be included in every level of the process. Yet, current formal peace processes often remain largely male-dominated, while women are simply seen as war victims and/or are often not given enough space to engage effectively in peace processes. While there has been marked improvement in inclusivity, challenges still exist that impede the involvement of women in peace processes. Some of these challenges include lack of access to formal processes by women mediators or women with mediation expertise. In some cases, women lack sufficient and sustainable funding to support the peace process directly or indirectly. Sometimes, women lack the capacity and experience in mediating conflicts, and this locks them out from opportunities to be involved in mediation efforts. There are insufficient trained women mediators in most African countries; even where they exist, they are mostly involved at the grassroots and in local mediation efforts, but absent in high-profile mediation or negotiations. To ensure the active participation of women mediators, there must be increased training of women in negotiation and mediation skills.

Women remain drastically under-represented in peace processes. This is not entirely due to lack of capacity, but also due to lack of power and access. In most African contexts, patriarchy continues to play a key role in excluding women from formal and informal peace processes. Further to this, culture, perception and beliefs play a key role in entrenching the exclusion of women in peace processes, and in some contexts, men already represent women’s and general societal needs. For example, when women show interest in participating in local peace processes, they are seen by men as violating culture and tradition – stereotypes that have often placed women at the margins of decision-making. In some contexts, peace processes have been – and continue to be – highly militarised with a heavy security-oriented approach, which has been considered a man’s world, further discouraging women from getting more involved. The imbalance between what is offered and what is needed in mediation support further complicates the provision of tailored mediation support by women mediators and mediation experts. Also, in many cases, the mediators and mediation teams have had challenges in accessing the mediation capacities of women, citing reasons such as the women were not well known. Thus, networks have gained momentum as a platform to consolidate the experiences of women mediators and make it easy for them to be accessed, in a more structured manner.

Emergence of Networks of Women Mediators

While important gains have been made in the implementation of UNSCR 1325, formal peace processes have lagged behind in effectively engaging and meaningfully involving women as members of the teams facilitating and leading peace processes. Research shows that between 1992 and 2011, only 2% of chief mediators, 4% of witnesses and signatories, and 9% of negotiators in peace processes were women.3 The inclusion of women during peacemaking processes has, however, seemed to focus on mobilising women outside of peace processes, rather than in securing their participation within formal peace processes.4 In seeking to create space for women’s engagement in mediation processes, several networks have been established at national, regional, continental and international level. In a global context of increasingly complex and interconnected challenges, there is growing evidence to suggest that multiple collaborative efforts are perhaps the most comprehensive way of addressing these challenges and envisioning a collective future. This momentum has seen the rise of networks of women mediators that seek to increase the number of women who are actively involved in local, continental and international peace mediation efforts.

Some Networks/Platforms for Women Mediators in Africa and other Continents

Importance of the Networks to Women Mediators

The networks seek to broaden access and space for women’s participation in peace processes, as well as to enhance their participation in peace processes. Thus, most networks of women mediators serve as a repository of women experts in conflict resolution to be deployed in mediation. The networks also provide a platform for sharing good practices, expertise and peer-to-peer learning, where women engaged in mediation in different contexts learn from each other. For example, women in the networks working at Track 2 and Track 3 mediation efforts can benefit from the experiences of women engaged in Track 1 mediation efforts, often on the dynamics of the highly political formal processes. The women engaged in Track 1, on the other hand, can also learn and benefit from the experiences of women working in Track 2 and Track 3, more particularly on the issues affecting women and the community at grassroots level. Thus, bringing women involved in Track 1, Track 2 and Track 3 together can be a powerful partnership and learning approach for women peacemakers on the ground, who are often not in the spotlight.

The networks also seek to provide a coordinated approach to influencing policy processes at different levels on issues relating to women’s participation in peace processes, as well as in other areas. In this regard, the presence of the networks makes it easy for local women peacemakers to be linked with formal processes. This also ensures that their work translates into influence and impact.

The networks have also been credited for activating and multiplying the role of women in community-level peacemaking. In Burundi, the Women Network for Peace and Dialogue, with 534 mediators, has engaged in resolving conflict. By their count, working as community peace mediators, the women mediators have addressed over 5 000 conflicts at the local level in 2015. They also initiated dialogues in 17 provinces with political actors, security forces and civil society.10 The networks have identified and exposed “hidden” women mediators who are working in community-level mediation processes – experiences often not known at local, national and international level. They also provide a pool for appointments of women as lead mediators and special envoys.

The networks have created opportunities for training women in mediation, negotiation and other mediation-related thematic areas, further equipping women with necessary skills. In addition, the networks provide a platform for mentoring young women to be an integral part of peace mediation, so building a strong base for current and future generation of women mediators. Some networks, such as those at regional and continental level, have brought together women who are part of smaller networks (often at national or community level), linking their efforts to those of the regional economic communities/regional mechanisms (RECs/RMs) and the African Union (AU). The networks have also provided women and society at large the space for reconciliation between divided groups, where women use the networks as a space for dialogue. For instance, in Burundi, the Women Network for Peace and Dialogue was developed in light of the ongoing need for reconciliation, post-civil war in the country.11 Women in other countries such as South Sudan have also used the networks as platforms for dialogue aimed at reconciliation.

Importance of the Networks of Women Mediators for Mediation Support

There are several roles that networks of women mediators play in supporting mediation:

Conflict and post-conflict environments in Africa present unique challenges and opportunities for women. There have been some positive trends in addressing certain of the challenges that plague women in these societies. However, these successes are small when the grander scheme of challenges are considered, especially involving women in peace processes. Mediation is a broad and rapidly growing field and there is a need for inclusivity, representation, greater solidarity and collaboration. Mediation strategies that systematically include women are more likely to generate broad ownership and support for a negotiated settlement, as well as lead to a more sustainable peace. With the increasing number of networks of women mediators, it is expected that women’s capacities available in these networks will contribute to strengthening mediation support in Africa. 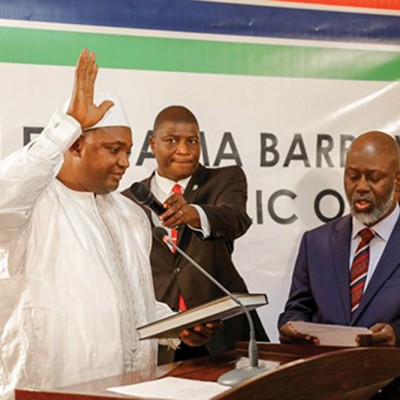 Sustaining Peace in the “New Gambia” 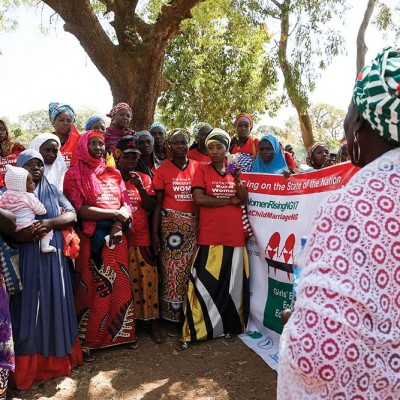 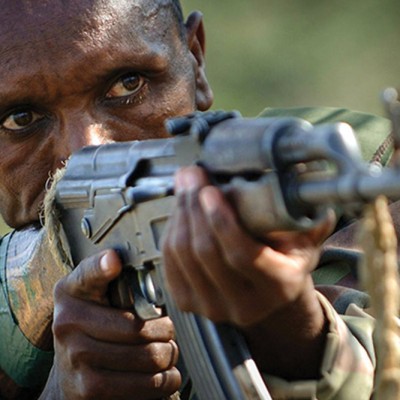 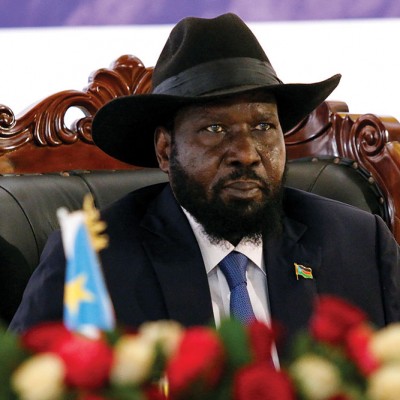 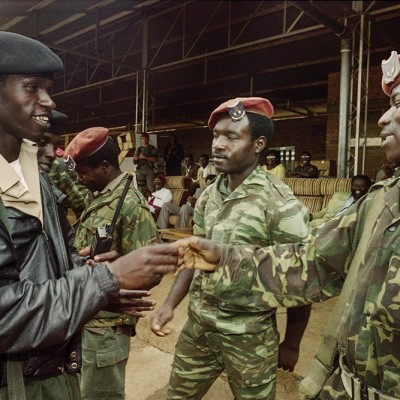 Post-conflict Reconstruction and Reconciliation in Rwanda and Sri Lanka 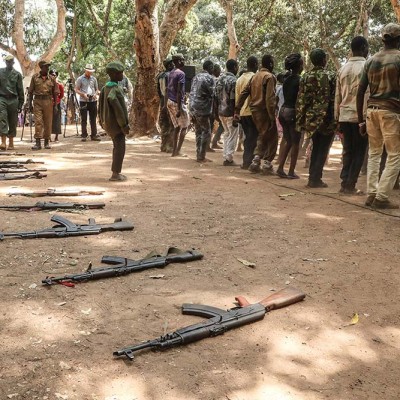