Exploring the contemporary challenges faced by state-making efforts from the perspective of internal colonialism.

The tentative argument made in this article is that “failed states” have failed to develop successful projects of internal colonialism. Yet, in the present era, human rights norms and world society governance models denounce states that pursue internal colonial projects. This paradox highlights the great challenge of state making in the present age.

Internal colonialism can be defined in terms of a failed state concept that conceives of the state along a strong-weak state continuum, based on three core factors: the monopoly of the legitimate use of force, effective institutions and national consensus.1 In that order, they relate to coercive power, administrative and infrastructural power, and cultural hegemony. Succeeding with these three core aspects of state making has historically been an internal colonial process – that is, it involved (1) pacification and subduance of enemies of the state; (2) dismantling of the existence of parallel institutions; and (3) suppression of rival cultural frameworks. The campaign of the Argentine state to establish dominance over Patagonia, known as the Conquest of the Desert, is an example of this internal colonial process, which had catastrophic effects for the indigenous people who inhabited the area. This was in line with the dominant understanding of the Westphalian ideal of the state where authority is one, bureaucracy is one and nation is one – and together they make up the trinity of the modern state.

Pablo Gonzalez Casanova defines internal colonialism as “a structure of social relations based on domination and exploitation among culturally heterogeneous, distinct groups”.3 It is further conceived as “the result of an encounter between two races, cultures, or civilizations, whose genesis and evolution occurred without any mutual contact up to one specific moment. The conquest or the concession is a fact which makes possible intensive racial and cultural discriminations.”4 In other words, internal colonialism is domination of a population by another population.5 Casanova applied the concept to understand the situation of the indigenous population in post-independence Mexico. Pierre van den Berghe offers another, more restrictive definition of internal colonialism that involves the rule of one ethnic group over other ethnic groups combined with territorial separation of the subordinate groups, which also have special legal status.6 Native American reservations in the United States and apartheid South Africa exemplify this conception.

While Casanova focuses on internal colonialism as a process of domination, inequality and uneven development resulting in marginalisation, Van den Berghe focuses on rule over other spatially separated groups with distinct legal status, or internal colonialism as separation. This article argues that more than inequality resulting in marginalisation or spatial separation, internal colonialism is a process of extermination associated with the development of the modern state. In this sense, modernity is indeed a colonial project writ large, yet more so; modernisation is a process of structural transformation that entails extermination, if not physically, by necessity culturally. Hence, the aim of the Chinese Cultural Revolution to eradicate the “four olds” – old culture, old customs, old habits and old ideas – captures well what internal colonialism entails. While genocide or mass violence7 is the extreme form, ethnocide or acculturation in the form of assimilation – forced and intentional, or as a result of socialising effects – is what characterised the development of the modern homogenous nation-state.

Seen from this perspective, failing with internal colonialism is indeed a good thing. That is, it might highlight the fact that the state making process was bloody and oppressive, or that states will not succeed if they follow a European model of state making, or that the primary institution of territorial sovereignty of the Westphalian system is inherently flawed and imbued with an anti-nomadic bias,8 or that internal colonialism is fundamentally at odds with human rights norms and world society governance models.9 At the same time, many developing states face continued tensions and contradictions linked to the Westphalian understanding of state making and its logical connection to internal colonialism.

State Failure and the Nation

Among the five capabilities Kenneth Waltz includes in his neorealist analytical model, culture is hidden in the undefined capability he terms “political stability and competence”.12 Immanuel Wallerstein, on the other hand, includes culture in his analytical framework as part of mini-systems, but never as part of world-systems. Yet world-system scholars have convincingly addressed this by elevating culture to the macro level and including world-culture next to world-economy and world-empire in the world-system trinity.13 In essence, materiality alone did not structure the emergence of the modern (Westphalian) international order. Even if we consider culture as epiphenomenal, the cultural make-up of entities and the cultural system of the world should not be left unexplored.

Philip Bobbitt argues that state making is the result of the dynamic interplay between strategy and law – that is, military and constitution.14 While Bobbitt develops a classification of six historically specific state types that emerged from this interplay, Liah Greenfeld, on the other hand, argues that nationalism is the cultural framework of the modern world15 – the new consciousness and vision of reality that has come to shape state making up until this day, despite shifts in law and strategy. This further resonates with the English School perspective, which puts attention on the cultural dimension of an international society structured by primary institutions such as sovereignty, territoriality and nationalism.16

The work of Bobbitt and Greenfeld is impressive and useful, yet they fail to acknowledge the racist superstructure of the world-system that divided human beings into different degrees of humanity.17 In contrast to Bobbitt, the dynamic interplay between strategy and law did not apply to people whom Europeans denoted as savages, since savages stood outside the law.18 In contrast to Greenfeld, there was one cultural framework at a higher level of abstraction than nationalism that united British, French, Germans and Spaniards alike: the world-cultural framework of white supremacy. Hence, the formation of law and the emergence of the nation generated a contradiction that had a direct bearing on the relationship between external and internal sovereignty. Externally, the nation-state exercised sovereign rights, while internally, the dominant (white supremacist) culture suppressed difference and subdued people that deviated from the national standard. The historical process of internal pacification, the growth of the infrastructural and administrative capabilities of the state, and the development of the homogenous nation were internal colonial processes.

Today, while human rights norms and universalistic governance models denounce the internal colonial practices of the modern state, the lack of monopoly of the legitimate use of force and institutional weakness are very real things in many African states, as is the lack of a unifying national framework. Greenfeld would argue that in the postcolonial age, nationalism is still the dominant cultural framework of the world, and perhaps the prerequisite for successful state making. If so, the answer to why states fail, offered by Acemoglu and Robinson – who distinguish between “inclusive” and “extractive” institutions19 – is then dependent on a “national solution” that is, according to Greenfeld’s terminology, a choice between individualistic/civic, collectivistic/civic and collectivistic/ethnic types of nationalism.

The Contemporary Challenge of State Making

In the present postcolonial age, how do we establish monopoly of the legitimate use of force while creating inclusive institutions and a culturally diverse nation that simultaneously allows cohesive national development projects to be undertaken? How do we avoid the conflicts and the human rights violations that have come to plague the developing world? Of course, posing these questions is much easier than answering them. Notwithstanding the severity of other problems – such as dependency relations and neocolonial schemes that encumber various African countries – a conscious deliberation about what type of nationalism that should be nurtured could perhaps lead the way forward.

If multi-ethnic African states are run by myopic, ethnically defined patron-client networks,21 the expansion of the state bureaucracy and of national development projects cannot escape being met with resistance when the ethnically defined state ventures into land where it has no blood ties. As a result, the monopoly of the use of force will be seen as illegitimate and challenged. The construction of a collectivist/civic type of nationalism will also meet resistance from people who do not “buy into” the national project. Yet, one could perhaps consent to a dominant language (while giving some room for local secondary languages) and accept that there are certain common national values that all can agree with. If not, secession might be a solution, albeit a highly controversial one. The collectivist/civic type further requires institutional centralisation and a national vision carried out by skilled, farsighted and honest politicians who, above all, desire their nation to develop. Yet, with the spread of globalisation and the emergence of a world society, my supposition is that the individualistic/civic type of nationalism will grow – so also in Africa. The only accepted social differentiation, in principle, should then come as a by-product of effort, the corollary of hard work for the sake of individual security and prosperity. A significant challenge is then to fight against the discrepancy between the real and the ideal. One’s university diploma might get devalued by nepotism, one’s social mobility might get blocked by discrimination, and one’s entrepreneurial spirit dismayed by corruption. Differentiations based not solely on merits but on ascribed status attributes (including inherited wealth) are particularly damaging to the individualistic/civic type of nationalism.

The contemporary challenge of state making is well illustrated by the cases of Bolivia and Ethiopia. In Latin America, Bolivia recently revised its constitution and redefined the state as a pluri-national state. It is widely seen as a progressive exemplar of how to elevate indigenous rights. However, these rights clash with the right of the state to exploit natural resources to finance welfare reforms designed to benefit the common good. This tension has prompted protests among indigenous social movements that oppose extractive development of the land.22

In Ethiopia (perceived to be dominated by the Tigrinya ethnic group), there is an ongoing tension between forces of centralisation, connected to the government’s national development plan, and forces of decentralisation, nurtured by Ethiopia’s federal constitutional structure and ethno-national social movements desiring greater autonomy. This tension is observable in local-level disputes as well as violent protests, triggering the state of emergency that has plagued Ethiopia in recent years as the government pushes through its national development plans.23 The central government is also clearing the ground for agribusiness and large-scale land acquisition by foreign investors, which has resulted in people being forcibly removed from the land and transferred to new villages under Ethiopia’s “villagisation” programme.24

Bolivia and Ethiopia showcase the contemporary challenge of state making, yet there are many more examples, and the contradiction can be seen wherever state practices contravene human rights norms and resistance arises. How do we move beyond internal colonialism and create more just, equitable and inclusive nations? This is the great social challenge of state making in the 21st century that developing states need to tackle. 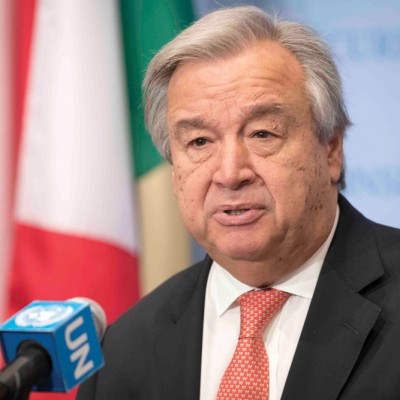 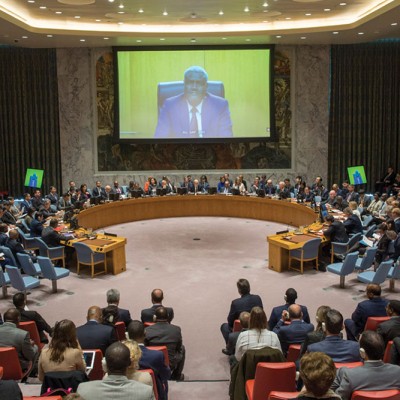 The Joint Force of the G5 Sahel 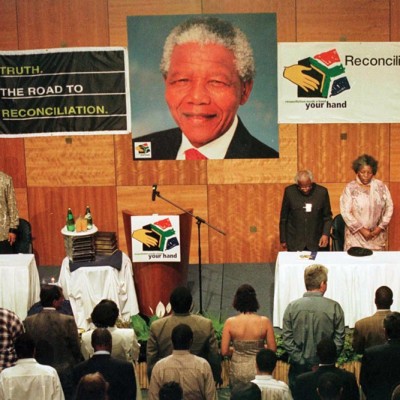 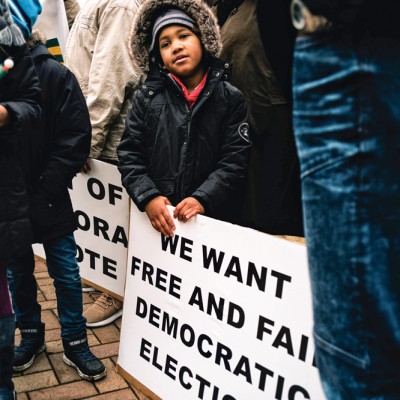 The African Military in a Democratic Age 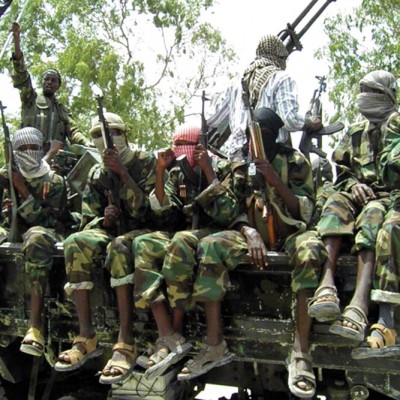 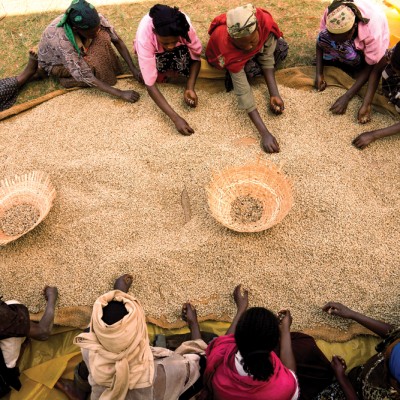 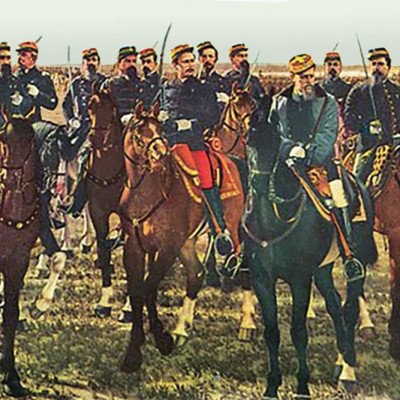