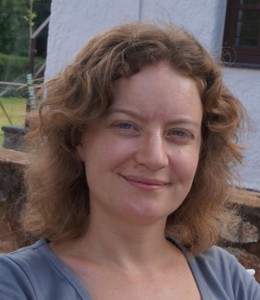 Cori Wielenga
Dr Cori Wielenga is a post-doctoral fellow in the department of Political Sciences at the University of Pretoria.

Transitional justice refers to the set of judicial and non-judicial measures that have been implemented by different countries in order to redress the legacies of massive human rights abuses (Boraine 2006). These measures include criminal prosecutions, truth commissions, reparations programs, and various kinds of institutional reforms.

The idea that transitional processes should include criminal prosecutions is a relatively new one. The concept of transitional justice emerged in the post-Cold War period, as Latin American, Eastern European and African countries entered a period of political transitions (Lambourne 2009; Teitel 2002). After World War II, although there was a strong call for criminal prosecutions, relatively few people were actually tried and prosecuted and, initially, for pragmatic reasons, an unofficial blanket amnesty prevailed (Huyse 2013). But in the post-Cold War period, transitional justice emerged within the context of a strong universalistic human rights discourse, which gave little attention to the needs of local contexts. This was followed by a period where negotiations between debates of universal rule of law and the needs of local contexts, particularly as a larger group on non-state actors became involved in the process. Most recently, transitional justice has become increasingly legalistic in its discourse, with the implementation of several international tribunals and an increase in international laws related to consequences for genocide, war crimes and crimes against humanity (Teitel 2002). Lambourne (2009:29) argues that this emphasis on human rights and legal procedures has meant that far too little attention has been given to the relationship between transitional justice and its effects on peacebuilding.

Although ‘international norms’ in transitional justice do not allow for blanket amnesties for serious international crimes some amnesty is necessary for the release and demobilisation of conflict-related prisoners and detainees (Bell 2009:106). Transitional justice thus requires ‘marrying the normative commitment to accountability, to the goal of sustaining the ceasefire and developing the constitutional commitments at the heart of the peace agreement’ (Bell 2009:106) which can be achieved through quasi-legal mechanisms that deliver forms of accountability other than criminal prosecutions, such as a truth commission or other innovative mechanisms.

This is part of the reason why various forms of truth commissions have become a sought after alternative by governments in many transitional contexts: they allow for accountability without criminal prosecution. But these truth commissions are most likely to succeed when they hold a very high level of legitimacy in the eyes of the local population. Central to achieving this is implementing national consultations and ensuring a high level of public debate (Bell 2009).

It has been suggested, particularly by human rights organisations, that the primary reason those at the negotiating table argue against criminal prosecutions is because they seek impunity for crimes committed. But more nuance needs to be brought to this analysis, and a more careful understanding of the implications of various transitional justice mechanisms on sustainable peace.

Several scholars have argued that there is no evidential link between criminal prosecutions and sustained peace in local communities (Forsythe 2011; Nouwen 2013). In fact, in some cases, it has been shown that criminal prosecutions, particularly if badly timed, reignites the conflict.

The issue is not whether there should or should not be accountability for crimes committed, but what form that accountability should take. Significantly, Bell (2009:124) argues that ‘strong’ accountability mechanisms such as trials offer ‘weak results’. This can be seen, for example, with Rwanda’s ICTR, where a lot of time and money has gone into prosecuting a very few high level perpetrators, without these trials having much legitimacy in the eyes of ordinary Rwandans. She further argues that weak mechanisms can deliver strong results, “where they mobilise constituencies and rule of law arguments that the powerful cannot resist”. She also reminds us that blanket amnesties can be overturned, in time, as was the case in Argentina and Chile, and that even where accountability measures have been put into place, broad amnesty occurs through inaction, as in El Salvador.

To date, there has been a tendency to impose particular transitional justice mechanisms. This has been the case, for example in Burundi, where a hybrid between a special tribunal and a truth commission has been put forward, even though these mechanisms in no way reflect the needs or interests of either the government or local communities. This kind of hybrid has only had marginal, debatable success elsewhere (e.g. Sierra Leone) and has not been proven to contribute to sustainable peace.

If, as has been argued in the literature, the most effective transitional justice mechanisms are those that emerge from the context itself (rather than being imposed by external actors), emerge as a result of extensive consultation with the citizenry of a country and a high level of public debate, and have a high level of legitimacy in the eyes of the local population (Bell 2009; Lambourne 2009), then this would seem an important starting point in the UN’s approach to transitional justice.