Laura Ribeiro Rodrigues Pereira
Laura is a UN representative who has previously worked for the Norwegian Refugee Council and the Friedrich Ebert Stiftung Foundation. She studied at the UN University for Peace (UPEACE) and the University of London. 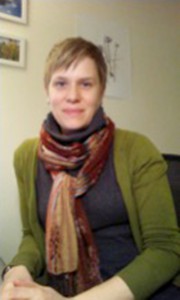 The review of the UN’s Peacebuilding Architecture (PBA) is entering its second phase. With the report of the Advisory Groups of Experts (AGE) now out, UN member states – led by Angola in the Security Council, and Australia in the General Assembly – will undertake an inter-governmental process that will determine which recommendations will ultimately be adopted. The challenge will then be how these recommendations are implemented. Civil society has a key role to play in this.

The PBA review, like the report of the High-Level Independent Panel on UN Peace Operations, recognizes the need for the UN to return to its founding resolutions and reaffirm that “we the peoples” must be at the heart of any UN approaches to peace and security. Meaningful engagement with civil society in its peacebuilding activities is one way for the UN to do this.

In a recent report entitled “Filling the Gap: How civil society engagement can help the UN’s Peacebuilding Architecture meet its purpose”, the Global Partnership for the Prevention of Armed Conflict (GPPAC) and the Quaker UN Office (QUNO), look in depth at where the PBA has successfully engaged with civil society, which has enhanced its effectiveness, and where a lack of engagement has led to a less effective response. Civil society not only bring their experience of peacebuilding at a community level, they can also bring a different analysis and understanding of the local context that is often missing in the policy debates and strategic interventions of the UN.

When the UN’s Peacebuilding Commission (PBC) was established in 2005, both the Security Council and the General Assembly recognized “the important contribution of civil society and non-governmental organisations, including women’s organisations, to peacebuilding efforts.” However, GPPAC and QUNO found that these initial aspirations have not been fulfilled and that a more concerted focus by the PBC on transparency, strategic partnerships, convening power and mutual accountability would enhance its engagement with civil society as well as its overall impact.

On transparency, GPPAC and QUNO found that the PBC is in fact less open than the Security Council when it comes to making public its monthly work plans, its meeting outputs and its overall activities. This makes it enormously difficult for anyone outside of the UN, including civil society, to be able to stay informed and engage strategically with the PBC. It also means that the PBC is not receiving inputs from outside experts on a timely basis, which could help to enhance its advocacy role with national governments and other parts of the UN. The PBC should therefore review its working methods with an eye to promoting transparency and accountability in its day-to-day operations.

On strategic partnerships, the inclusion of civil society in the PBC’s activities, strategies, and evaluations is at best ad hoc, despite the fact that guidelines have existed since 2007 on civil society participation in PBC meetings. A better mechanism needs to be created to ensure that civil society is engaged systematically in the PBC’s work in a manner that is both flexible and efficient. A first step would be to review the 2007 guidelines as a way for all parts of the PBA to re-engage with civil society in New York and in PBC-mandated countries, which would result in greater transparency and the fostering of trust and mutual collaboration.

On convening power, the AGE report reaffirms that peacebuilding is inherently political. The PBC, as an inter-governmental body, is uniquely placed to link the political with the practical by using its convening power to engage with actors outside of member states and the UN, bringing in the perspectives of civil society – in particular women and youth – to UN debates on peacebuilding. A stronger focus on local knowledge in the PBC’s discussions is essential to understanding the full context of country situations and identifying key drivers of violence. The PBC, in its advisory role, could then share the analysis and strategies that emerge with the Security Council, which would ultimately make the peace and security measures undertaken by the UN more relevant and catalytic.

Finally on mutual accountability, the PBC has a unique role to play in holding national governments and the UN to their commitments on peacebuilding. The notion of mutual accountability within the PBC, with its inherent link to the concept of national ownership, needs to be expanded to include the perspectives of civil society and local communities. This would greatly strengthen the PBC’s capacity to align the interests and vision of all stakeholders for peace, and hold them accountable to their shared goals and commitments. This means including civil society in the analysis of national issues, the setting of national priorities and the implementation and monitoring of peacebuilding projects. In working with national governments on identifying national peacebuilding priorities, the PBC should also include the creation of a National Action Plan for women’s participation and leadership in decision-making and the protection of women and girls, in accordance with Security Council Resolution 1325.

The 2015 AGE report deliberately takes a broader view of UN peacebuilding, beyond the PBA, and proposes the term “sustaining peace” as a way to action the three pillars of the UN (that of human rights, development, and peace and security) in a comprehensive way. The next months will reveal how open member states are to rethinking the UN’s approach to peacebuilding, including the important point made by the AGE, that it should not just be about post-conflict interventions. Civil society both in New York and in-country are a vital partner for UN peacebuilding efforts to be effective – as specifically noted in the AGE report. As member states and the UN move towards the adoption and implementation of recommendations from all reviews undertaken this year in relation to peace and security, this recognition has the potential to lead to a more meaningful inclusion and engagement with those who are most affected by violent conflict and who often have creative and sustainable solutions to building peace in their own communities.