The United Nations, a 70 year old challenged to re-think its Interventions 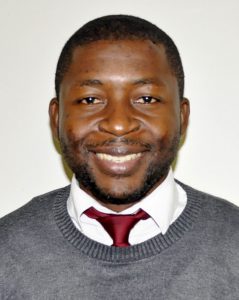 On a year when the United Nations (UN) celebrates its 70th anniversary, the reviews of the Peacekeeping Operations and the Peacebuilding Architecture are an opportunity for stocktaking, analysis and introspection on its successes and challenges. These reviews are monumental and are certainly gaining the attention of an army of analysts and critics. But the question is just what have the two reports found; and what can the UN realistically do to fundamentally change (if there is any need to change). First, an examination of the current intervention framework is critical to ascertaining whether previous reviews spurred any change. This section concludes lays claim to the fact that reviews have indeed brought timid changes and are necessary introspective processes for the UN. Secondly; giving a close look at the current UN architecture necessitating change is critical to understanding the fault lines identified in the reviews. Following these, a resume of recommendations proffered needs a critical gaze so as to ascertain its potency to address perpetuating challenges.

I. Evolutions in UN Intervention Frameworks

The challenges that have confronted the UN in the last 70 years are mammoth and demonstrate the difficulty of perfecting it. The inking of Agenda for Peace (1992); The Brahimi report (2000); the establishment of the Peacebuilding Architecture (2005) and the development of the Capstone doctrine (2008) have all been autopsies on how the UN’s interventions can be strengthened to better protect civilians in an evolving world. Peacekeeping particularly, has been one of the UN’s main challenges since the demise of the Cold War. This in part has been because of the rise in civil wars in the 1990s; and the realization that states which had previously been saddled by conflict were relapsing. In pursuance of its mandate to maintain international peace and security, previous reviews questioned the appropriateness of pre-Cold War traditional peacekeeping when dealing with emerging threats to global peace and security; and the extent to which the UN was cooperating with other regional and sub-regional actors. To this end, previous reviews recommended more cooperation with regional organisations as has been witnessed recently in Sudan, Mali, the Central African Republic and Somalia where the UN and the AU have cooperated in peace enforcement initiatives. Furthermore, following previous reviews, UN interventions have moved from neutrality to impartiality; and are much more robust as has been witnessed in the eastern Democratic Republic of Congo (DRC) where the UN has ferociously armed and joined the national army and joined the latter in defeating recalcitrant rebellions in its eastern region. Finally, the conception that UN interventions of peacekeeping being missions to foster ceasefires is now obsolete. Instead, reconstruction, development and sustainable peace have become one of the main concerns of the organisation, which is striving to facilitate peacebuilding.

These ameliorations notwithstanding, the reviews of the UN Peacekeeping and Peacebuilding Architecture demonstrate the UN’s resolve to continue to strengthen and improve the efficacy of its interventions.

With far more experience than any other international or multi-lateral body engaging in peacemaking, peacekeeping and peacebuilding, the UN at seventy (70) not only faces challenges to its capacity, but the conceptualization and core principles that have overseen it’s interventions. The 2015 reviews suggest that there are conceptual overlaps deeply seated in the operational framework by which peacekeeping and peacebuilding are commonly perceived as activities which follow the cessation of hostilities or which come after a crisis. These overlaps find their genesis in the contemplation that of the four stages that any functional state can go through. These stages are peace, tension, conflict and war and elicit different kinds of interventions ranging from preventive diplomacy, crisis management and peacebuilding. With the exception of preventive diplomacy which sometimes happen remotely or through Offices of Special Envoys created on ad hoc basis, the crust of UN interventions is Peacekeeping and Peacekeeping which according to the Conflict Curve below often feature after the crisis stage. Secondly, the anomaly that UN interventions must follow a certain sequencing whereby preventive measures must precede peacemaking and only if they fail and conflict escalates can peacekeeping and peacebuilding follow after cessation of hostilities. This type of seamless sequencing is conceptually and operationally at the bane of why conflicts renege because if the UN adopted a discourse of conflict prevention and worked on building peace and supporting states before they fail, conflicts which result to untold loss and severe pain, injury and loss of life to human will be diminished.

While the Security Council is mandated to maintain international peace and security, it also is the principal organ involved in Peacekeeping and peacebuilding. And all other UN agencies and (sub) regional organisations derive their mandate and or legitimacy from the UNSC’s support and endorsement of their operations. Ordinarily, one would expect that deployments are coordinated and multifaceted resources coherently managed to bring about durable peace. By contrast, this expectation that the UNSC has oversight over peacekeeping and peacebuilding is far from reality because the latter do not see themselves as architects of peacebuilding. The UNSC at best sees peacebuilding as the preserve of states with the support of UN agencies and humanitarian organisations; and contemplate that within the purview of the UN, UN General Assembly and the Economic and Social Council have the locus standi on issues of peacebuilding.

Lastly, excessive attention is paid to examining peacekeeping and peacebuilding interventions from New York, the policy centre and headquarters of the UN. While, the Headquarters remains important for coordination purposes, interventions at country level where operations are effected often provide a clearer picture of the nuances of the operations. The overly concerntration and focus on New York or reliance on reports which do not lend themselves to the ‘inclusive’ experiences of the local actors is at the bane of intractability and relapse.

From the foregoing, the 2015 reviews and the 70th anniversary of the UN are an important moment for reflection on how to compound the challenges that still negate the gains of UN interventions. The reviews recommended proffered the need for investing in conflict prevention rather the conflict resolution and peacebuilding. Although this seems like an old adage in peace circles, the fact that UN peacekeeping is currently stretched than at any point in history and the fact that several conflicts have resisted contemporary models of conflict resolution begs for a change in focus. The Peacekeeping Review specifically recommended the need to establish an international forum on prevention and beckoned on the UNSC to consider addressing emerging threats to peace and security while drawing from the pool of regional prevention and mediation efforts. On the preventive measure, the Peacekeeping Review frowned at the ad hoc and crises-response nature of UN Operations made a case for framework for a stronger network of national and regional standby capabilities to be institutionalized. This recommendation was supported by the Peacebuilding review which pushed for predictable long-term financing and perseverance for purposes of developing solid institutions of governance and capacities to promote development which guarantees citizenry human security and basic freedoms.

Secondly the reviews found that, on protection of civilians present day mission, are ill-equipped to provide short and medium term recovery aid and pyscho-social support required by victims of war. Perhaps an area requiring joint collaboration for better assistance to the vulnerable, the UN, its agencies and regional organisations are often not well resourced or habilitated to assist. Thus a need to look into the gap between resources and mandates. This challenge in civilian protection mandates is further complicated with the UN’s use of Force when under eminent threat. The Peacekeeping Panel recommended extreme caution when the UN engages in such peace enforcement exercises; and warned that ad hoc approaches to crisis response will not be sufficient for the future, and could only lead to uncalculated risks whose victims will be civilians – thus enjoining the peacebuilding reiteration of the need to invest in conflict prevention arched on early warning and early response.

In conclusion the changing nature of conflict necessitates new types of mandates which address structural causes of conflict and not just focus on preventing relapse. Along with planning and longterm partnerships, human rights and the protection of civilians; and resilient societies can be built and Africa which has a particularly high stake in this process and which currently provides about 87% of uniformed UN personnel need to be allowed to drive the process with the UN supporting and not the other way around.