Social Contract Only option for Peace 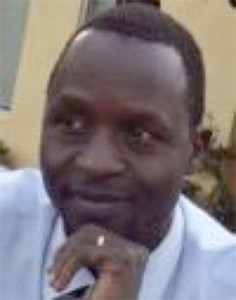 Paul Okumu
Paul seeks to see a continent whose governments are at peace with its society and is driving its own development. He has been engaged in State-Society Relations since 1996 when he was part of the International Campaign to Ban Landmines (ICBL).

Following ten years of work, the United Nations (UN) Peacebuilding Commission (PBC) is beginning a much-needed makeover. It is, therefore, time to consider not so much how it has done its work, but what has informed this work.

In an increasingly volatile and violent world, the review is long overdue. Ten years ago we were concerned about external actors like al-Qaeda, while internally the World Development Report told us to focus on internally driven conflicts. Today we have external actors several times more powerful than al-Qaeda, with a motive that has shifted from conquering western ideologies to conquering nations. The boundaries of internal conflicts have become blurred, with no clarity whether those in Afghanistan, Central African Republic, Libya and Yemen are internal or driven by multiple actors across several countries. These are issues which are area written about and discussed, but which are largely relegated to footnotes in the PBC’s work.

One of the glaring anomalies in the work of the PBC is its scant reference to the very reason for its existence – people. There is a lot of reference to states and countries, even to conflict and conflict prevention. But these words have no meaning if they do not respond to, or are not informed by the needs of societies. Without their permission, there can be no state, country or government, no matter how much attempts are made to prop up these institutions or boundaries.

Increasingly, we are beginning to appreciate that any institution exists for and on behalf of its people.

While it is important to ensure that state and government institutions are strong, this strength is based on a basic assumption that there is legitimacy from the people.

And this is the heart of a social contract.

It is not about elections, nor is it about effective governance or development. A social contract is about recognising that a government holds office in trust on behalf of the people. Citizens, not the government, decide how and in what way they would like to be governed. The PBC has placed great emphasis on credible and effective institutions, but it has failed to translate this into a strong social contract agenda where the leaders do not have greater power than that resting in society, no agenda other than that of the public, and no politics that do not address issues of sharing of resources and obligations to citizens at local and national level.

At the heart of a social contract is a much (mis)used phrase – ‘legitimate state’. The PBC spends considerable resources engaging with what they call ‘legitimate governments’. But in many cases this legitimacy is not clearly defined by society, and is often linked to one-off processes, key among them being elite bargains, elections, or some internationally defined parameters. This is what happened in Burundi. Elite bargains pitting individuals from one society against another is unsustainable for use in a multi-ethnic society as a social contract ultimately requires that the entire society becomes part of one large bargaining process. The results of elite bargains are well-known, in a best case scenario it buys time for a social contract to emerge out of some spaces. But, to a large extent, it alienates sections of society and legitimises violence as a tool to gain a seat at the bargaining table. A state can only be legitimate if the society says so, and the PBC will need to find ways in which every government it engages is firmly rooted in society, not just the majority (or in worst cases, the elite) within that society. South Sudan is an interesting case in this regard. It’s surprising how the country was allowed to consider itself legitimate on account of a majority ballot decision, when it is well known that two ethnic groups from that society have the numerical power to win every election over the next hundred years! If the PBC is to move forward it must begin to redefine the parameters for legitimacy, and who sets them. Not even the New Deal Agreement, signed by almost all the members of the PBC, have accepted that legitimacy derives from and is vested in society.

But there is a bigger issue that may need consideration.

How do we define society within the context of peacebuilding and statebuilding?

The conflict in CAR has its roots in society. But that society is spread across many territories. From Chad to the Democratic Republic of the Congo to France, societal interests in many PBC countries means that very often the people we send to address conflicts in those societies are themselves part of the conflict. We need to make the bold move and define society in much broader contexts than national boundaries. Ethiopia, Kenya and Somalia all have sections of their societies that identify as one, but are considered different by the various governments. West Africa has large sections of society that are primarily one people, from a single ethnic group, but national boundaries seek to separate them into dispersed sections. The regional approach taken by states was a good first step. What is needed now is to extend that to societies.

Ultimately, peacebuilding begins and ends with a social contract.

We can pursue many options, and indeed they can hold the country for a while, but, as we saw during the Ebola crises, where there is no social contract, society quickly turns against the state, however strong or celebrated it may have become.

This is the heart of peacebuilding.