Has the Peacebuilding Architecture lived up to its mandate? 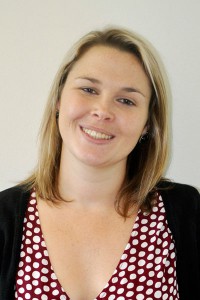 Created in 2005, in response to gaps identified in the post-conflict response mechanisms of the UN, the PBA is made up of the Peacebuilding Commission (PBC), Peacebuilding Support Office (PBSO) and Peacebuilding Fund (PBF). Establishing an intergovernmental body with membership from across the UN system supported requirements for an entity through which to tackle challenges of low political will and commitment, setting priorities, and holding actors at various levels accountable to meet their obligations. The PBC was composed of seven countries from the United Nations Security Council (UNSC), including the P5, seven from the United Nations General Assembly (UNGA), seven from the UN Economic and Social Council (ECOSOC), five of the top 10 troop contributors to UN peacekeeping forces, and five of the UN’s top 10 financial donors.

The PBC was specifically established to:

Identify countries which are under stress and risk sliding towards state collapse; to organise, in partnership with the national government, proactive assistance in preventing that process from developing further; to assist in the planning for transitions between conflict and post-conflict peacebuilding; and in particular to marshal and sustain the efforts of the international community in post-conflict peacebuilding over whatever period may be necessary.1

The resolutions establishing the PBC also called for the creation of a standing multi-donor peacebuilding trust fund, the PBF, and a small PBSO within the UN Secretariat charged with administering the PBF, supporting the PBC and coordinating peacebuilding efforts across the UN.2

However, 10 years later, one of the PBA’s main challenges emanating from its mandate is the gap between reality and expectations of implementation and overly high hopes of its efficacy. The PBA did not and does not have the capacity, field presence or technical expertise to support planning and strategic engagement, or to provide technical advice to all who need it3. It cannot compete with some of the traditional donors or international actors in the peacebuilding community. There have also been challenges with the fact that its mandate has not been clearly communicated and expectations discussed. Inadequate understanding of what the PBA can and should be doing has resulted in disillusionment with the body.4

Initially, the High-Level Panel on Threats, Challenges and Change, as well as the World Summit envisioned an institution which would build synergies between UN branches, and ensure greater coherence and coordination, as opposed to a new stand-alone body. However, as it was being operationalised, the PBA became caught up in the politics of the time and political compromises between those involved in its creation were made. Whilst the PBA was conceived as a body which could be used to leverage states in the South, it has no decision-making power of its own and hence not much influence in the UN.5 Notwithstanding this, the PBC has contributed to preventing relapses into conflict in Burundi, Liberia and Sierra Leone. The body, however, was unable to get the UNSC to pay attention to CAR and Guinea-Bissau before the former reverted to conflict and the latter went through an unconstitutional change of government. The prevailing tensions in Burundi, as well as the forthcoming elections, will test the PBC’s ability to effectively galvanise the international community to support conflict prevention initiatives.6

Further, the PBC was especially envisioned as an entity that would support actors to agree on common peacebuilding strategies which would be implemented with local support in long-term, sustainable projects. The PBSO’s role was to provide strategic input, alongside national governments, to encourage coherence and coordination as well as local accountability and ownership. However, the PBC and PBSO’s intended strategic roles were diluted during the development of the PBC, with the consequence that engagements with governments were handed over to national offices in-country, decreasing interactions between the PBA and national authorities and counterparts.7

Additionally, the envisioned PBA would play a role in developing both early warning and lessons learned documentation and sharing capacities in the UN. Despite the fact that other UN sectors which monitored political developments and advised the secretary-general existed, there was no repository of information and lessons learned accessible to guide UN missions and enhance the knowledge of peacebuilding officials in permanent missions. This task was originally assigned to the PBSO but, due to insufficient capacity the project, was eventually side-lined. In its attempts to take over this role, the PBC formed a Working Group on Lessons Learned. Unfortunately, the group was unable to generate the type of information envisioned by practitioners in the field, and the repository is yet to be created.8

Some member states hoped that the PBA would lead in achieving consensus on a shared definition of peacebuilding. Early discussions within the PBC and PBSO focused on what the concept meant and whether these bodies should strive to forge a common conceptual understanding for use throughout the UN system. There is still no widely accepted definition of what peacebuilding constitutes, who performs it or even on the basic time frame for engagement with instruments of the PBA.9

Lastly, understanding the PBA and its ability to achieve its mandate must be based on an appreciation that the PBA is restricted by the responses of member states and is reliant on their contribution to post-conflict recovery interventions. Furthermore, the UN is not the only actor to work in post-conflict contexts; thus ensuring coherence in interventions involving multiple stakeholders, including the UN, external and local actors, and the PBC is crucial. Strengthening coherence is widely viewed as the starting point to creating relevant spaces where actors can come together to develop common peacebuilding strategies. However, this is not always easy to achieve.10

It is apparent that the PBA which exists now is certainly not the body that was envisioned. Compromises were made in its creation and over time it has shaped up differently. There is a gap between understanding and implementing the mandate of the PBA. This is a recurring challenge, which came up in the 2010 UN Review of the Peacebuilding Architecture and is yet to be dealt with. The PBA’s value lies not in its technical knowledge, immediacy to the field or linkages with operations, but in its composition and promise to enhance coordination in peacebuilding missions. Misunderstanding and miscommunication about the mandate and capabilities of the PBA have led to a lot of its challenges in post-conflict development and peacebuilding.11

The year 2015 offers the international community the opportunity to reflect on whether the PBA should continue as it is, or take a new form. Going forward there are three options for the PBA: maintain the status quo and continue working with the challenges it has, hoping perhaps for minor impacts; clarify stakeholders’ expectations of this body and effectively communicate the mandate as well as the niche of the PBA to resolve some gaps between what actors expect and receive; or the international peacebuilding community can consider reforming the mandate and capacity of the PBA to meet the growing needs of post-conflict communities.