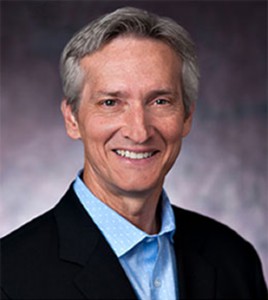 Two UN reviews – one on peace operations and the other on peacebuilding – are nearing completion. Advancing sustainable peace remains one of the signature functions of the UN and one of its great successes, despite a mixed record of prevention and peacebuilding. As these reviews conclude, I hope they address two areas: (1) problems with the levels and mechanisms for financing of conflict prevention and post-conflict peacebuilding, and (2) problems in the UN’s operations and approaches (in peace operations and in “non-mission settings” without any mandated mission present, only the UN agencies).

Funding Levels and Mechanisms for Prevention and Peacebuilding

There are a number of interconnected problems with financing. First, there is a gaping need for more resources. Despite fifteen years of calls for greater attention to conflict prevention and post-war recovery and peacebuilding, Member States have not devoted the resources for these tasks in comparison to what is devoted to warmaking and peacekeeping troops.

Furthermore, the peacekeeping budget is restricted to UN personnel and the things they need to operate – it does not support programs or projects, whose monies are expected to come from UN agencies and Member State donors. Peacekeeping troops and civilian advisers are not given the necessary resources for priority post-war programs like urgent job creation, short-term political and security aspects of peace processes, and sustained institutional development in fiscal policy, service provision, and politically sensitive areas like policing, justice and human rights.

One logical solution is to permit use of the assessed peace operations budget for programs that are tied to the tasks that the Security Council mandates for each peace operation. The two reviews should support such a shift. Another solution would be for Member States to increase their contributions to the UN Peacebuilding Fund (PBF). The PBF has showed that it can deliver funds for urgent peacebuilding priorities, especially through its Immediate Response Fund, albeit not entirely consistently.

A third solution is for Member States to incentivize UN agencies, funds and programmes to improve their ability to reorient programs and projects to conflict priority areas and make their staffs, country strategies and project design much more conflict sensitive. Although the agencies have come a long way, the tendency to simply relabel development projects as “peacebuilding” persists and is an enormous obstacle to greater peacebuilding and conflict prevention success.

We also need to distinguish between two sorts of peacebuilding funding gaps. The first are those short-term, urgent projects that bilateral development ministries, UN development agencies and the Multilateral Development Banks are ill-equipped to address. These needs may include disarmament, demobilization and reintegration (DDR), quick impact projects, urgent employment generation projects, political or constitutional processes, trainings for negotiators, trainings for civil society groups in operating in a more open political regime, and human rights reforms.

Increased funding for post-conflict needs comes right when the future of such funding seems to be in jeopardy. The Peacebuilding Fund has experienced greater demands for its support even as contributions have declined in recent years. Last year the World Bank moved to shutter its State and Peacebuilding Fund, and the UNDP dismantled its Bureau of Conflict Prevention and Recovery. Bilateral stabilization funds in Canada and the USA have also been discontinued or suspended in the past few years.

The second area for improvement lies in how the UN operates and works in conflicts. The failures of peacebuilding in Afghanistan and Iraq have meant that peacebuilding is no longer equated with large international-footprint state-building. However, this shift has not congealed around a single vision of peacebuilding. Instead, recent years have revealed a need for facilitative roles for international actors, humility, longer-term engagement, and variegated approaches that respond to demands and to context. State institutions remain priorities, but technical institution-building does not equal peacebuilding. Global stakeholders require genuine and plural national ownership processes and ways for local people to participate.

Peace operations have still not found ways to adapt and respond to local contexts in sensible and cost-effective ways. Bureaucracies require standardization for efficiency and rationalized training. Today, however, effective peacebuilding requires greater participation of civil society and local populations. This goes beyond having the government rubber-stamp a post-conflict needs assessment or a post-conflict strategy, and it requires more than “consultations” around the country that only marginally adjust projects and programs drafted by UN staff. Mandated peace missions require locally differentiated analysis rooted in local perceptions and participation, as well as inclusive processes in designing prioritized peacebuilding programs. The effort to receive information from dozens of localities and convert it into coherent plans and programs requires greater resources and poses security risks where conflict persists. Yet identifying mechanisms for local participation in a way they embrace is imperative.

Related to this, international actors face new opportunities for encouraging and ensuring “inclusive peacebuilding.” Exclusionary behavior has proven to be a risk factor for conflict recurrence (including in my own book Why Peace Fails) and international actors must act deliberately yet delicately in dissuading post-transition authorities from excluding social groups that may resort to warfare.

The Peacebuilding Commission has been a deep disappointment. It has had isolated successes in mobilizing attention and resources at particular crisis junctures in places like Sierra Leone, Burundi and Guinea-Bissau. But it has been years since any country has requested to be on its agenda, which extends to only six countries after a decade. It must change its working methods so that unworkable country-specific configurations are not the main vehicle for decisions and so that success doesn’t ride on the personality of its chair.

The UN System needs to examine how to work more effectively in countries where there is no mandated peace operation. Three things could help improve UN conflict prevention and post-conflict recovery in non-mission settings.

First, the system of recruitment, selection, and promotion of Resident Coordinators (RCs) should take conflict experience and sensitivity into account to a much greater degree. UN leaders that are tone deaf to conflict risks and triggers can fuel the chances of the onset and recurrence of violent conflict. Obviously governments are part of national “ownership,” but UN RCs and agencies continue to excessively see their job as doing whatever the government wants without regard for inclusion and potential effects on violence.

Second, the PBF should continue to use its Immediate Response Facility to help non-mission countries in urgent, transitional programming. Greater resources for the PBF would help here. It should also begin programming to non-governmental organizations rather than solely UN agencies. Third, use of Peace and Development Advisors (PDAs) should be expanded from roughly 30 countries to many more. This UNDP-DPA program places PDAs in countries for which violent conflict is a serious risk or where peace operations have closed. These specialists in conflict and political analysis advise RCs and the UN Country Team on how their programming may inadvertently cause harm, and on how to shape programs to increase the chances for sustained peace at the strategic level.

Not all of these ideas will be easy to implement. But they are worth testing if peacebuilding is to get beyond its halting, partial successes over the past decade and realize the kind of global, strategic impact that many envisioned when the peacebuilding architecture was created ten years ago.

This post can also be found on the United Nations University site at http://cpr.unu.edu/addressing-two-problems-with-peacebuilding.html.