Regional and Local Approaches to Peacebuilding 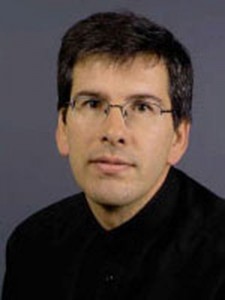 Many conflicts today are essentially regional in the sense that their geographical manifestations are not limited or defined by states or state boundaries. It may be useful to think of these as conflict systems whose dynamics are influenced by shared ethnic, language or religious identities, such as the Tuareg people in the Sahel or Somali speakers in the Horn of Africa. In some cases these groups share common political goals, or have a shared experience of marginalization in their respective states. Often there are regional dynamics that feed on and further modulate these tensions, such as the current spate of trans-national organized crime syndicates in West Africa and the Sahel, that use shared identity networks to smuggle goods and people across national borders.

Another manifestation across North Africa, the Sahel, around Lake Chad and in the Horn of Africa is the inter-linkages between center-periphery marginalization and the growing popularity of radical Islamist movements. These border regions are often porous, which makes it that much easier for these groups to organize themselves in total disregard of the (in reality non-existent) national borders between these countries.

In these contexts regional and local approaches to peacebuilding are needed because these conflicts are interlinked and interrelated. Many of the effects of these conflicts, such as refugees, international migration, and the smuggling of weapons and other illicit goods, are also regional in their manifestation and neighbours are often most affected, and thus also have the most direct interest to see them resolved.

State-based approaches to analyse, prevent, manage or resolve these conflicts within sovereign borders cannot succeed on their own as it is the inter-linkages between the various regional actors and the cross-border dynamics in the regional conflict system, that drive these conflicts. International and regional responses need to be informed by analyses that take these regional dynamics into account, and political and programmatic responses need to be designed to influence and leverage these complex conflict systems.

In some cases neighbours or others in the region are party to the conflict or benefit from it in ways that may not make them desirable partners in a peacebuilding initiative. Regional and local approaches are not automatically better than international approaches. However, the tendency of the international system to favour larger, better-known and more visible international and regional organisations may not be the best approach either. Each situation is unique and requires independent analysis.

The UN, in particular, should guard against assuming that it, or its Member States, is the best actor in all circumstances. International and regional bodies are more powerful in setting global and regional agendas, and if local and sub-regional voices are not protected and safeguarded, there is a danger that top down approaches may ignore the nuance that regional and local approaches may offer. Top down approaches tend to produce the opposite of what peacebuilding aims to achieve; they interrupt local feedback processes, prevent local social institutions from learning, generate dependence, and undermine self-sustainability.

In Africa, the UN has started to try to address the regional dynamics of conflicts by deploying regional envoys to West Africa, the Horn of Africa and to the Great Lakes. This innovation has already generated good results, but unfortunately the rest of the UN system is locked into dealing with conflicts and peacebuilding through programmes and missions that are legally and otherwise constrained to specific States. One of the ways to overcome some of these shortcomings is for the UN to work closer with regional organisations and regional and local civil society. In this context, the most important relationship for the UN Peacebuilding Commission (PBC) is its relationship with the African Union (AU).

All the countries on the PBC’s country configuration agenda over the last decade have been from Africa, and African countries have received approximately 78% of the UN Peacebuilding Fund’s allocations over the same period. Approximately 70% of the UN’s special political missions and peacekeeping operations are deployed in Africa. Africa has thus been the major regional focus for the PBC and the Peacebuilding Fund and this is likely to continue, although recent trends suggest that in addition to sub-Saharan Africa, the Sahel and the middle-east will be of growing relevance to the UN’s peacebuilding architecture.

African capacities to prevent and manage conflict has considerably grown over the past decade and the African Union, the Regional Economic Communities (RECs) and Regional Mechanisms (RMs), and African civil society are now more actively engaged in peacebuilding than ever before. In Africa, the UN, the AU and the RECs/RMs will always operate alongside each other and close cooperation between the UN and the AU is thus a strategic necessity. The effectiveness of the UN’s peacebuilding architecture and these African institutions are mutually interdependent on several levels.

The Advisory Group of Experts should consider what needs to be done to ensure that the UN’s peacebuilding architecture is not only well connected and complimentary to the UN’s peace operations, including its regional envoys, but it should also consider how the PBC and PBF can enhance its complementarity and support to the AU, RECs/RMs and African civil society. The first engagement between the PBC and the African Union’s Peace and Security Council in 2014 could be followed-up and become institutionalised in an annual meeting on peacebuilding in Africa to seek greater coherence on strategic priorities between the PBC and PSC.

The UN, AU and RECs/RMs can also actively cooperate in those countries where they have a shared interest, for instance where both have a special political missions or a peace operation deployed, and/or where the PBC and PBF have a special interest. The AU, through its Post-Conflict Reconstruction and Development Framework and its African Solidarity Initiative that encourages South-South cooperation, and the UN through its peacebuilding architecture and special political missions have much to gain from learning from its other’s approaches, and from seeking greater cooperation, collaboration and complementarity.

This post is part of a longer piece written by Dr. Cedric de Coning. For this post and more information, please see the UN University Policy Brief on Regional Approaches to Peacebuilding.